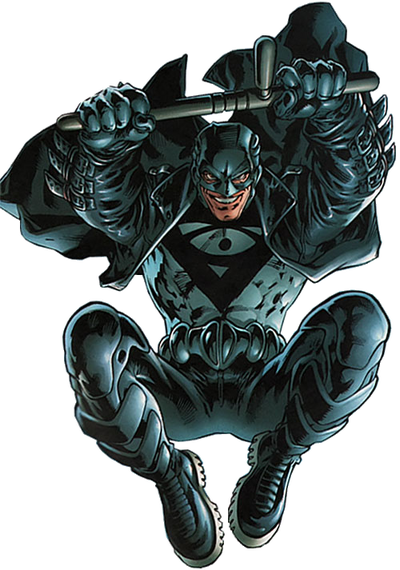 Midnighter is a fictional antihero appearing in American comic books published by WildStorm.

Attack Potency: At least Small Building level (He has punched through a man's skull and cracked the concrete behind it; While fighting another Midnighter, their punches brought down the house; Ripped a train track out of the ground; Threw a fridge through a house; Held open the mouth of a godzilla-sized monster.)

Speed: Unknown (Drop-kicked a tank shell back at the tank after it was fired; Easily tagged a speedster; Easily jumped above a laser, then sidestepped another). However, his advanced battle precognition makes it hard to gauge his actual speed.

Durability: At least Small Building level (Tanked explosions and withstood a vehicle being dropped on top of him; Tanked a massive explosion; Was thrown through several cars.)

Standard Equipment: Midnighter regularly carries with him a Business card, a bo staff and throwing stars.

Intelligence: Extraordinary Genius (He sees a million possible scenarios in a second)