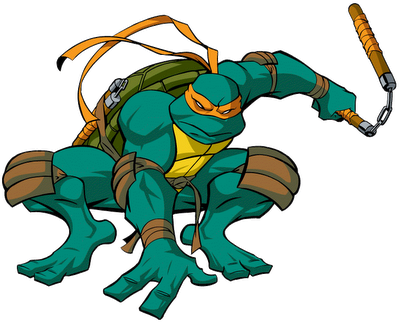 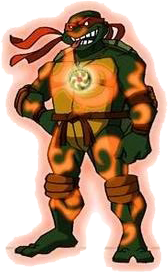 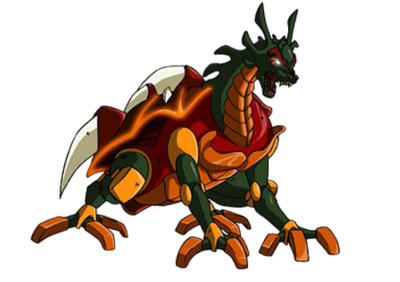 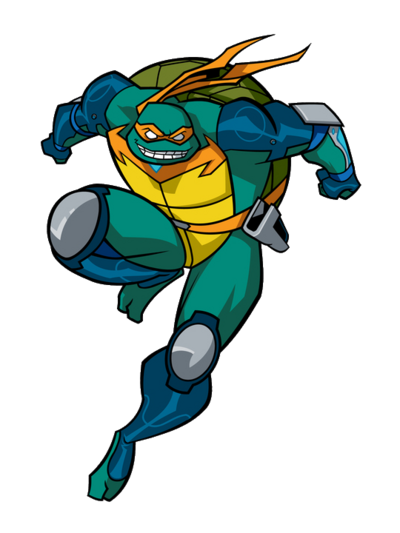 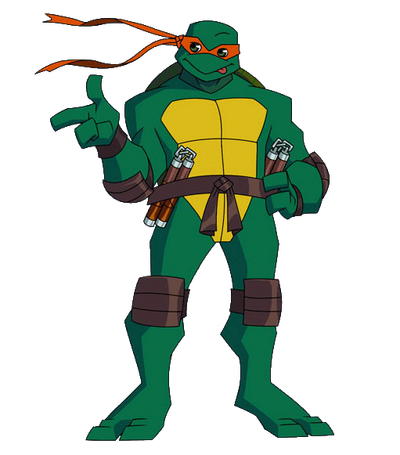 Attack Potency: Small Town level (Should be comparable to Leonardo. Considered one of the greatest fighters in the multiverse) | At least Town level (Wields the "Inazuma" nunchakus, which should be comparable to Raphael's "Banrai", which can shatter mountains) | At least Planet level+, possibly Large Planet level (Next to Donny, Michelangelo arguably has the most control over his Chi Empowered form. Traded blows and even defeated members of the Mystic Warriors on multiple occasions) | Large Planet level (Contributed to the temporary defeat of the Tengu Shredder in his Dragon Form)

Speed: Supersonic, Hypersonic reactions/reflexes (Reacted to lightning bolts from the Mystic Ninjas) | Hypersonic | At least Hypersonic, likely much higher (Very nearly as fast a Hisomi-Shisho, who can run 200 yards in less than a second. Ran up a distant mountain in seconds)

Lifting Strength: Class 5 to Class 10 (Should be comparable to Leonardo) | Class 10 | Unknown, but higher (Other Chi Empowered Ninja Turtles could levitate a large ship) | Unknown

Intelligence: Highly adept at stealth, subterfuge, and misdirection. Additionally, he is well-versed in the use of combat martial arts. His fighting style seamlessly blends attacks with any part of his body and weaponry. Along with these abilities comes a propriety for assassination techniques. Can defeat numerous Foot Elite, robots, aliens and even Raphael with nunchakus. Although not shown as particularly focused on ninjutsu, preferring to spend his time reading comics or watching movies or practicing his skateboarding, Michelangelo is quite an effective fighter, he beat Raphael in a fight. He's not as smart as his brothers, but he often surprises those around him by exceeding their expectations, even demonstrates quick wits and intelligence, aiding his allies and brothers with decisive ideas. Eats the weirdest pizzas on the planet (Tuna fish, peanut butter and grape jelly anyone?).