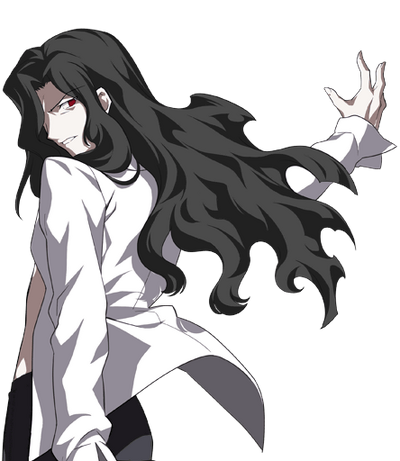 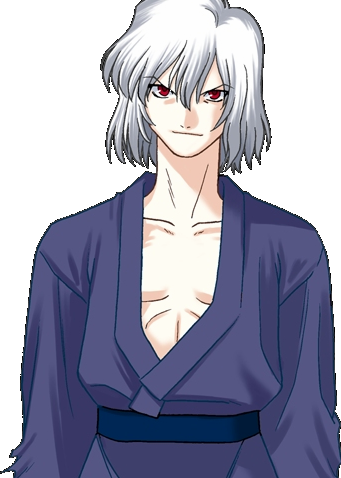 Michael Roa Valdamjong, also known as the Serpent of Akasha and Infinite Reincarnator is a numberless Dead Apostle Ancestor, acting as an "extra" outside their normal ranks due to his heretical behavior. Once a high-ranking priest of the Church who founded the Burial Agency alongside Narbareck, he eventually turned to the study of magecraft, and wished to reach immortality outside of the normal bounds of the Dead Apostles. He could not find a way, forever, and decided to become a Dead Apostle. While contemplating how, he set eyes on Arcueid Brunestud and instantly fell in love.

He tricked her into sucking his blood, and thus, with the blood of the strongest True Ancestor, he instantly became one of the strongest Dead Apostle Ancestors. With his incredible power, he defeated Altrouge Brunestud, but was ultimately killed by Arcueid and the Church. However, he had already realized his reincarnation method by then, and reincarnated again and again over the coming years, with Arcueid killing him whenever he resurfaced. He ultimately reaches a body close to the power of his original one, but he was killed once again regardless, and he reincarnated in the body of SHIKI Tohno, his eighteenth reincarnation.

In this form, he nearly killed SHIKI's sister and adopted brother, and was imprisoned in the Tohno family basement.

Powers and Abilities: Superhuman Physical Characteristics, Stealth Mastery, Enhanced Senses (His senses far eclipse that of a human, can detect alcohol in blood by taste), Forcefield Creation, Magical Energy Absorption, Electricity Manipulation, Necromancy, Status Effect Inducement, Fire Manipulation, Water Manipulation, Petrification and Animal Manipulation with Black Key Enchantments (Can petrify, desiccate, set targets ablaze or call countless crows to descend upon targets), Magecraft, Damage Boost (Can increase the power of his spells with Square and Overload), Pocket Reality Manipulation with Overload (Projects his inner world onto the world around him, creating a world that amplifies the power of all his spells), gets stronger when drinking blood and under the moon, Mind Manipulation, Memory Manipulation, Soul Manipulation, Paralysis Inducement, Blood Manipulation, Duplication, Absorption, Shapeshifting (Changed SHIKI's body's appearance to match his original body), Possession, can exist as a disembodied soul, in SHIKI's body he can cut the lines of "life" on living things to kill them, reshape his body so he can survive even without vital organs, eat the flesh of others to incorporate it into his own body, allowing him to replace organs and lost limbs, and crystallize and use his own blood as a weapon, Immunity to conventional weapons in his prime (Like a Servant, in his prime, Roa's Mystery was so high that conventional weapons were useless against him), Resistance to Holy Manipulation and Magic (All magi have basic resistance to magical effects), Reincarnation, Regeneration (Works by reversing time. Mid normally; regenerated from being shot in the head in King of the Cavern. High-Mid under the Full Moon; regenerated from just his ankles), Immortality (Types 1, 3, 4, 6, and 7)

Attack Potency: Small Building level (Can defeat Ciel, should be comparable to other Dead Apostles, who should be superior to the likes of poor magi like Kirei). Can ignore conventional durability by cutting a person's lines of life to kill them. | Island level (Is the closest to his prime among all his other bodies, capable of fighting against Servants, but is outmatched by Caster. A weaker body fought against Edmond Dantès when he was alive). | Large Island level (Defeated Altrouge Brunestud, one of the strongest Dead Apostle Ancestors, who could fight Arcueid before she had lost a portion of her power).

Stamina: High, though the specifics depend on his body.

Standard Equipment: As SHIKI, he has a knife.

Intelligence: Genius. Even as a human, Roa was an incredibly intelligent and knowledgeable magus who was able to expertly scheme and manipulate others and, through his plotting, become one of the strongest Dead Apostle Ancestors overnight. His knowledge on magecraft is among the best in the world, giving him access to forgotten spells from the Age of Gods and allowing him to come up with a complex method for his own reincarnation. He has a deep understanding of Dead Apostles, True Ancestors, and even the Crimson Moon himself. However, it takes time for his reincarnations to gradually regain all his old knowledge.

Weaknesses: Roa is weakened in the bodies of his reincarnations, as none possess the Magic Circuits of his original and thus do not reach the peak of his power. He can be easily detected in his reincarnations as he only chooses those with unique skills and wealth under normal circumstances, and he is quite arrogant. His Mystic Eyes only work against living objects, and as he reincarnated more and more, he has gradually lost his ego and identity and become little else than an incarnation of his own malice.

Dead Apostle: Roa is a Dead Apostle, a superhuman, immortal, vampiric undead being that has refined his inherent human traits throughout his unnatural lifespan, allowing him to reach supernatural levels of strength. While he can possibly be killed by conventional weaponry, such a feat is difficult, as he is fast enough to dodge bullets after they had been shot, and in his prime, his Mystery would be high enough to render conventional weaponry useless. While immortal, he must continuously feed on blood to maintain this immortality, otherwise his body will turn to ash.

Magecraft: Roa is a masterful magi, among the best in the world. His primary magecraft is Numerology, and he specializes in electricity-based attacks. He also has knowledge of a variety of other spells, such as High-Speed Incantations, Church Sacraments, Rites and Necromancy. He can create Bounded Fields, and is the one who taught Nrvnqsr Soil of Genesis.

SHIKI's Body: In SHIKI's body, Roa has access to a number of special Psychic abilities of his original host, though he rarely uses these, and they are used more often by SHIKI when he is in control.