VS Battles Wiki
Register
Don't have an account?
Sign In
Advertisement
in: Characters, Halloween, Adults,
and 32 more 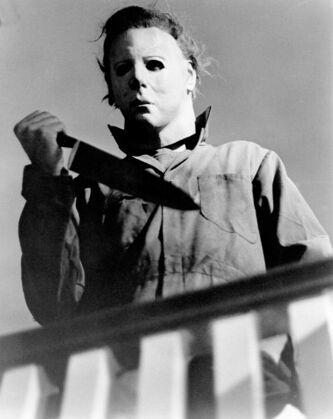 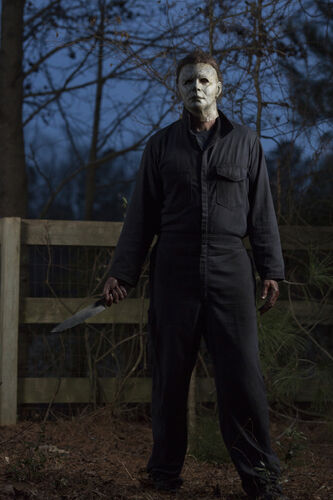 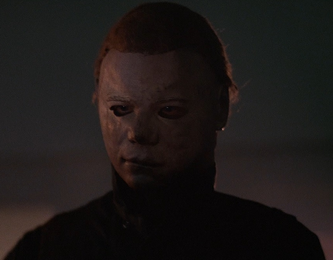 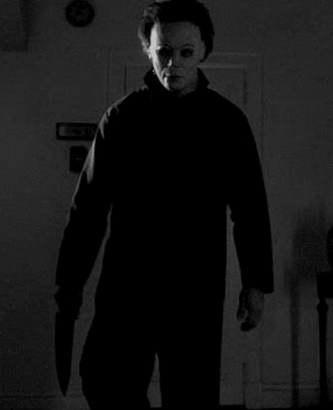 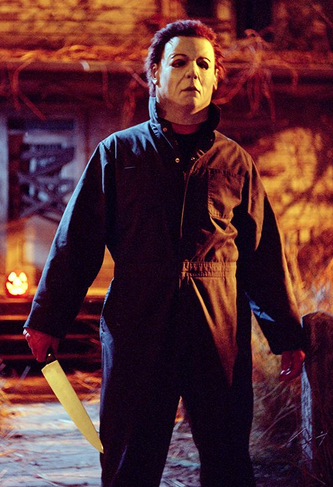 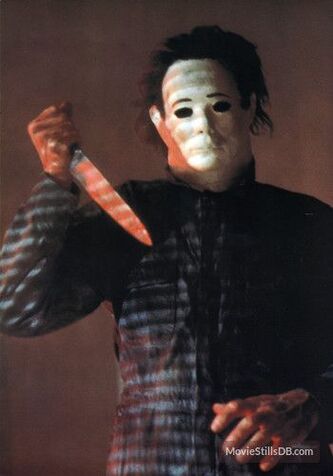 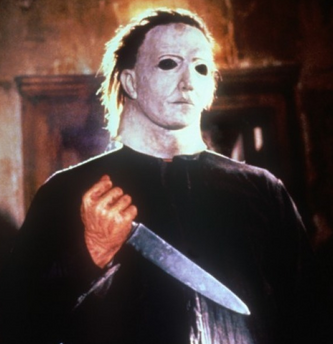 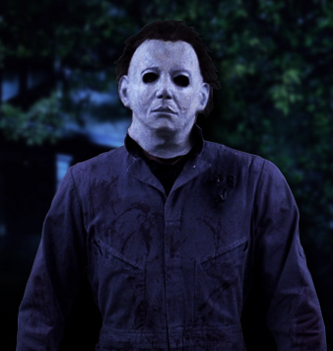 At the young age of six, Michael Myers killed his elder sister Judith and was placed into an institution. Fifteen years later, Michael escapes and returns home on Halloween to stalk and kill a fresh set of victims, focusing his efforts on Laurie Strode. Referred to as "pure evil" by his psychiatrist Samuel Loomis, he silently, single-mindedly stalks his victims and brutally murders them without any restraint.

Name: Michael Myers, the Shape, the Boogeyman, the Nightmare Man

All previous abilities, Immortality (Types 2 and 3), Regeneration (Low-Mid; Seemingly regenerated from having his eyes shot out, being apparently lethally shot multiple times, being burnt in a gas explosion, and being hung)

All previous abilities, Immortality (Types 2 and 3), Illusion Creation (Can seemingly cause minor illusions), Possession, Telepathy (He is psychically linked to other members of his family), Resistance to Acid Manipulation (Survived being injected with multiple vials of corrosive acid), Electricity Manipulation (Unfazed by a massive amount of electricity that caused another man’s head to explode), and extreme temperatures (Only received scars after being left to burn for hours following a gas explosion)

Attack Potency: Wall level (Broke the metal fence of a police car with a few kicks and then crushed Sartain's head with a stomp. Smashed a man's jaw while unarmed off-screen) | Wall level (Can break through thick wooden doors with his bare hands, which would generate at least this much energy even though it took him some time, and decapitated a woman with a single swing of his knife) | Wall level (Preformed the aforementioned door breaking feat. Crushed a human skull and broke through a metal gate)

Lifting Strength: Superhuman (Ripped a kitchen counter concealing an underground bunker from the ground with significant effort) | Athletic Human (Can easily lift people with one arm and lifted a tombstone) | Superhuman (Casually lifted a man and threw him dozens of feet away)

Durability: Wall level (Survived getting hit by a police car driving at full speed, though it knocked him unconscious, withstood getting bashed with a crowbar without lasting injury, withstood being shot in the neck, and implied to have survived a house completely burning down) | Wall level (Survived being at the epicentre of a large explosion. Was shot several times and fell from a two-story house and got up like nothing happened) | Wall level (Survived the aforementioned explosion, being gunned down by locals armed with many different calibre weapons and police armed with SPAS-12s which would tear a normal human apart with the number of rounds Michael took, also survived falling down a mine shaft and being shot in the heart with a 10-Gauge shotgun from point-blank range with barely any visible damage)

Stamina: Very High. Michael's sheer resilience allows him to withstand injuries that would disable or kill most humans, continuing to pursue his victims even after taking multiple gunshot wounds

Intelligence: Above Average. Michael shows cunning despite his simple, brutal method of killing, using his skill in stealth to sneak up on and kill unsuspecting victims, often playing dead. He also often kills the power and disables landlines before entering to murder his victims. In his confrontation with Laurie, he left a trail of blood towards the closet and opened the balcony doors to hide his true location, luring Laurie close enough to attack her | Michael's intellect is comparable to before, and he even has the foresight to disable all near cars to prevent his prey from escaping. In H20, he fakes his death by crushing a paramedic's larynx and forcing them to switch clothes with him, allowing him to escape while they died in his place. In the following film, he exploits Laurie's newfound trauma to get her into a position that would allow him to kill her | Above Average. An expert in stealth. Has the foresight to kill power and disable landlines. Often plays dead to create a false sense of security

Weaknesses: He is half blind due to being stabbed in the left eye with a clothes hanger, and he's much slower due to his age | None notable | The entity that controls Michael, Thorn, rests causing Michael to be inactive during these time periods. A ritual can also be performed to separate Thorn from Michael

Note: This is a composite profile utilizing Michael's appearances in supplementary media such as comics and all his movie appearances. 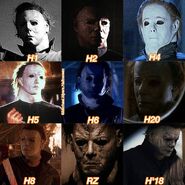 Michael's masks across the movie franchise 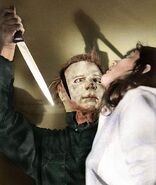 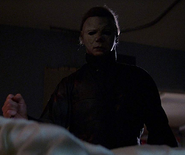 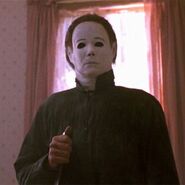 Michael in The Curse of Michael Myers

Billy Chapman (Silent Night, Deadly Night) Billy's Profile (2018 Michael and both were 9-B)

The Beast (Over The Garden Wall) The Beast's Profile

Frankenstein’s Monster (Frankenstein) The Monster’s Profile (Speed was Equal, H2O Michael was used and both were in-character)