Metal Gear (Japanese: メタルギア Hepburn: Metaru Gia) is a series of action-adventure stealth video games, created by Hideo Kojima and developed and published by Konami. The first game, Metal Gear, was released in 1987 for the MSX2. The player takes control of a special forces operative Solid Snake, who is assigned to find the titular superweapon "Metal Gear," a bipedal walking tank with the ability to launch nuclear weapons.

Several sequels have been released for multiple consoles after requests from Konami to produce new Metal Gear games. The sequels expand the original game's plot adding new characters opposing and supporting Snake, while there have also been a few prequels exploring the origins of the Metal Gear and recurring characters. Hollywood films inspired various parts with character's names, settings, and artworks, often referencing them. The series is famous for pioneering the stealth game genre, in which the character initially has only one weapon and has to go through the game to accomplish his mission by himself. Other notable traits are cinematic cut scenes, intricate storylines, offbeat humor, and exploration of political and philosophical themes.

The game franchise has sold over 30 million copies worldwide, with individual installments being critically acclaimed and receiving several awards. The franchise has also been adapted into other media such as comics and drama CDs. Taken from Wikipedia.

Metal Gear is a long and expansive franchise with over a dozen games. It also has novelizations and other supplementary material, which adds a few more tones to the setting.

Timeline of the series

Games like the Metal Gear Ac!d series or Metal Gear Online does not fit into the continuity.

Although it may appear to be a relatively low powered realistic sci-fi series at first glance, the Metal Gear verse is surprisingly strong, as a futuristic setting featuring secret weapons, ESP, and various other special abilities. Most characters are City Block level with High Hypersonic+ combat speed and Massively Hypersonic reactions via Volgin's body carrying a charge of 10 million volts, that the Tengu soldiers are bullet timers and Raiden being able to block bullets from four different directions. Superior characters like Raiden in Metal Gear Solid 4 are Multi-City Block level with Massively Hypersonic speed due to Raiden being faster than previously and was able to hold back Outer Haven while missing an arm. Many of the major characters possess unusual abilities like telepathy, telekinesis, regeneration, technopathy, elemental manipulation, or control over bees.

Many seemingly ordinary weapons are also somewhat boosted in this verse, such as Stinger Missiles, with capabilities surpassing hundreds of kilograms of TNT in yield. Speaking of weaponry, the eponymous Metal Gears are armored bipedal vehicles that tower over the battlefield, armed to the teeth, ultimately designed to launch strategic nuclear warheads towards any corner of the earth.

The verse also has its fair share of supercomputers, implants, engineered assassination viruses, and nanomachines (infamously used in the fourth installment to try to explain away some of the sillier abilities). During their prime, the Patriots took advantage of all of these to control the world on a global scale. 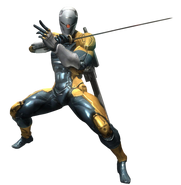 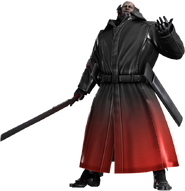 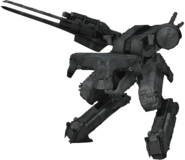 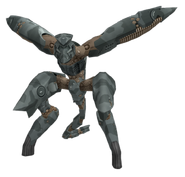 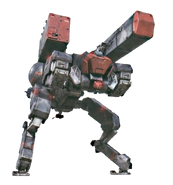 Retrieved from "https://vsbattles.fandom.com/wiki/Metal_Gear?oldid=6999442"
Community content is available under CC-BY-SA unless otherwise noted.