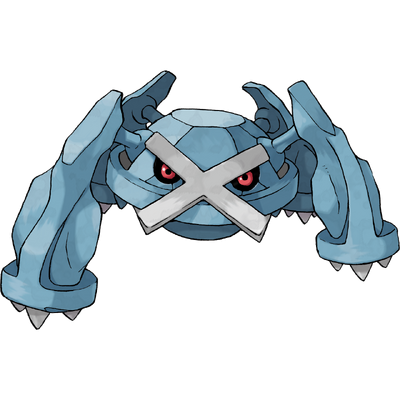 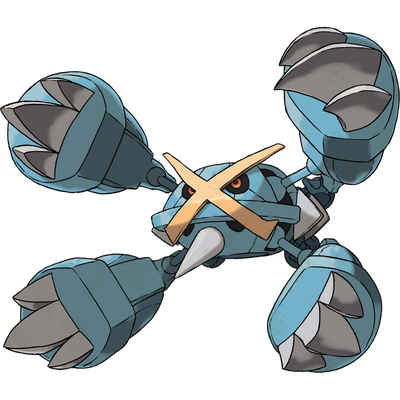 Metagross is a Dual Steel/Psychic Type and the Iron Leg Pokémon. A rare and powerful species native to the Hoenn region, it is formed when two Metangs, which are created when two Beldums merge, combine into a single Pokémon. Its incredible intelligence and great power make it a formidable opponent, being most famously utilized by the Hoenn League Champion, Steven Stone.

Attack Potency: At least Mountain level+ (Comparable, if not superior, to Charizard) | Large Mountain level (Stronger than Pure/Huge Power Pokémon and Marowak holding a Thick Club, should be comparable to other mega evolved Pokémon such as Mega Charizard)

Abilities: Like all Pokémon, the Metagross line has a set of innate special abilities that helps them in battle. Although they typically only display one ability from birth, composite versions of Pokémon profiles are given access to all of them at once. 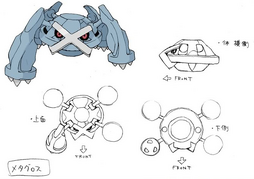 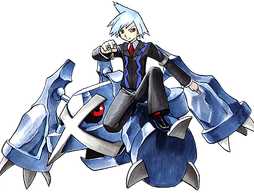 Metagross with Steven
Add a photo to this gallery

Monkey D. Luffy (One Piece) Luffy's profile (Both started at 7-A and could transform, speed equalized)