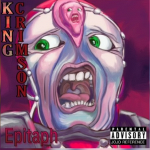 Well hello there! Welcome to my message wall, if you have anything you want to talk about or ask don't doubt and do so, I'm here to help if I can and have a good time.