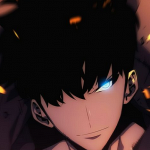 aka TFOG, the guy with 1000 pseudonyms

You should play this theme if you want to feel more relaxed with me ;)