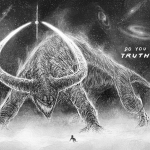 A close friend of ZaStando27 and an Ally of Earthyboy, Maverick, Shake and the like, their Advocate and their Tribunal, I’m also a fan of ZaStando's work, although I have interests of my own. I hate Discord

I welcome everyone to my labyrinth. Ask me and Converse with me about whatever you like.

I support Sonic The Hedgehog And To Aru, others as well including Marvel, DC, Blazblue, Persona and the Like.