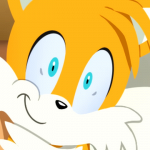 aka Nothing You'll Remember

Despite the fact that I am a big supporter of Pokémon, I ask all of you to please refrain asking me for anything involving the newest installments of the franchise, Pokémon Sword & Shield. I have purposely avoided any and all information that I can involving the newest generation because I want to experience as much of the game by myself as I possibly can. With any matters before Gen VIII, I am more than happy to help.

Thank you for your understanding.