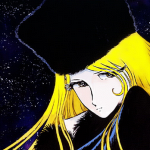 aka The Bygone Days

If you have a question feel free to ask.

Otherwise, chill out to this.