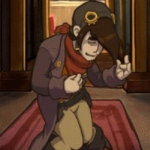 Remember, remember, the 5th of November

The gunpowder, treason and plot;

I know of no reason, why the gunpowder treason

Should ever be forgot.