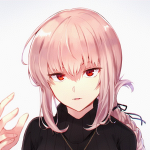 Hi! My names Rin The Dragon Empress, but you can just call me Rin! I'm not really sure what to put here but I'll just list off the verses I'm knowledgeable on and enjoy. If you have any questions pertaining to them I'll gladly answer them and help out whenever I get the chance

One Piece (My favorite Big Time Shonen Manga and the only series from the HST I've read so far.)

Hajime no Ippo ( An extremely underrated anime and Manga, the characters and story is amazing and it's packed full of action, hype and emotion.)

Fairy Tail ( While I don't have the greatest opinion on the quality of the Manga I do enjoy a lot of the characters. ).