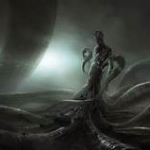 Hey, I'm only available once or twice a week during the weekends as of now (school stuff) so if you wish to contact me or talk about anything, Sunday would be the best time to do so. Will be far more free on June though.