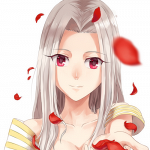 I'm not planning to participate in CRTs or Vs threads anymore, so please don't message me asking for my input in those threads.