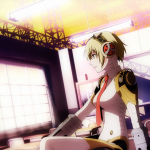 Yo! If you wanna talk go ahead, I'll answer back when I can.