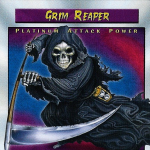 aka Reptilian Overlord of Humanity

Feel free to ask me about any of the pages I created or pages I have made :). I love commenting on these things as well as debating in vs threads (so link me any fights from pages I made or verses I support and I will comment). Get bored a lot and argue even if I am wrong.

I live to serve.