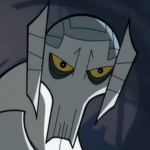 Discussion Moderator
24,408 Edits since joining this wiki
May 9, 2017
0 Discussion posts

I'm always predisposed to give an opinion in any thread or project, feel free to ask me anything. If you want to just have a conversation that's also cool.

You can also request me to make gifs for anything, such as an example of a character doing something.