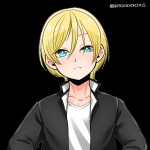 Welcome to my wall. There are many like it, but this one is mine.

Tip: I keep track of what's going on here via my e-mail notifications and usually have around 20 - 60 of these e-mails from wikia unread. And the titles of the wall posts here are the e-mail subjects. So if you title your message with something more unique than "Hello", like for example the subject of the message, the chance that don't forget about it amongst the rest increases!