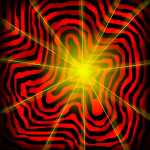 Howdy do ya'll! This fabulous thing here is my message wall. You may or may not find long strings of messages from a user named AogiriKira on here, exclaiming important information such as "rawr", "awoo" and "lesbian noises". This message wall is merely her native habitat, you needn't mind her. What else can I say? Uhh... enjoy your stay! Grab yourself a cup of coffee while you're here, I'll gladly make it for you. :D