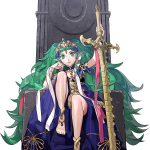 Greetings <insert name here>, welcome to my Wall of messages! Any questions? Feel free to ask. I may unlock profiles that are locked, but I will need to know what thread features the additions. And that they were generally approved. I may look at them and approve them myself if legit. I don't mind being commented about VS threads, but I do need to point out that they're of my lesser interests. This is due to some not so great natures here and there. Not a big fan of stuff becoming more like popularity contests rather than actual debates is this very reason.