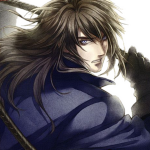 It's been a long time, old one!

Greetings <insert name here>, how are you ?

Since you're visiting my wall, how about we talk a bit ? Feel free to ask what you want about any verse that I know, or even random things, because I like to talk you know XD

These are the verses that I can give input:

- Mortal Kombat (Both Timelines, all games)

- Naruto (Manga and Boruto only)

- The Witcher (Books and 3rd Game)