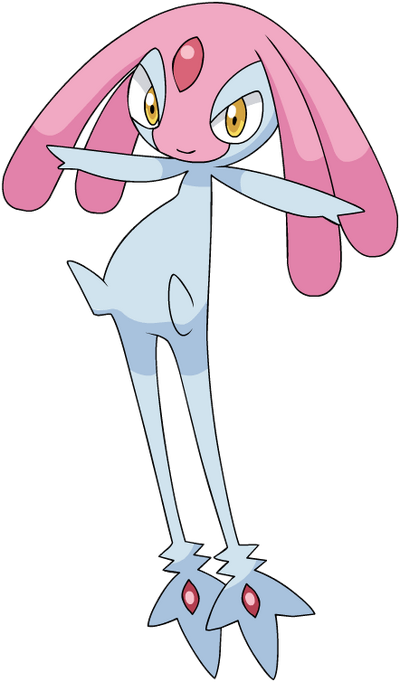 Durability: Likely Multiverse level (The Lake Trio were completely unaffected by Dialga's reset of the Universe in "Pokémon Diamond and Pearl Adventure!")

Stamina: Limitless (Roams Sinnoh, seemingly unaffected by the extraction of the red chains and the immense pain it was forced to go through mere moments ago).

Range: Standard melee range. Likely Multiversal with its abilities (Can transport Dialga and Palkia to and from the Universe, and endowed the world with spirit).

Intelligence: Very high powerscaling to Giratina as it was instrumental in the solving of Giratina's test.