VS Battles Wiki
Register
Don't have an account?
Sign In
Advertisement
in: Tier 7, Tier High 7-C, Tier Low 7-B,
and 57 more

Superhuman Physical Characteristics, Genius Intelligence, Photographic Memory, Limited Immortality (Type 2, Chimera Ants can survive for a day after being decapitated), Nen Manipulation (Specialist; Meruem is the most powerful Nen user seen in the series, he was born with an aura quantity and output exceeding that of the Royal Guards in no small degree. He was born capable of all the basic and advanced techniques instinctively. He defeated Netero without a combative Hatsu. His potential in Nen is certainly the greatest seen so far), Master Hand-to-Hand Combatant (Defeated Netero, the former greatest human Nen user alive, in combat while holding back), Enhanced Fear Manipulation (His Ren was so powerful it made Netero, Zeno and Pitou feel as though time had stopped), Pressure Points (Incapacitated Knuckle and Meleoron with pressure point strikes), Acrobatics (Meruem can move and attack from any angle easily), Reactive Evolution and Power Modification (Meruem can develop new abilities and improve them in a very short time being able to improve Pouf's and Youpi's abilities making them more practical and being able to use them on the first try), Accelerated Development (Learnt how to challenge a worldwide Gungi master after just reading the rules, rapidly improves at everything ranging from intellectually to physically. Could punch off Netero's leg and arm after realizing his attack patterns and rhythm. Meruem could use advanced Nen techniques after just being born and can easily manipulate aura, allocating it to any part of his body with ease. A feat that took Gon Freecss, a character described as having infinite potential, several weeks), Precognition (Due to his genius in Gungi and other strategy-based games, he gained a supernatural foresight. After a while, he can see the opponents unconscious bias when they attack and act accordingly; against Netero, who had limitless options of defense, he was able to identify his unconscious bias and take out his limbs), Power Absorption (By consuming a Nen user, he grows stronger, and if he eats enough, can also receive Nen abilities from the victim), Regeneration (Low-Mid with consumption), Immense Pain Tolerance (Ripped off his own arm without hesitation and showed no signs of pain)

All previous abilities on a much higher level. Enhanced Psychometry with En (En creates a barrier that allows users to feel the shape and movement of anything in the radius. Meruem's En is by far the most powerful, as it allows him to measure the shape, quality, emotion, and other informational content about the things the photons interact with), Improved Fear Manipulation and Enhanced Madness Manipulation (Type 3; Caused Welfin to physically age a hundred years from the fear he was feeling and also experience hallucinations, despite Welfin being a powerful Nen user in his own right. Meruem's Ren was so strong that his overprotective Royal Guards believed he was invincible and could beat anyone by sheer aura quantity alone. Meruem's murderous aura was able to petrify even Pouf), Body Control, Transformation and Flight (With Metamorphosis), Rage Power, Transformation, Berserk Mode, Self-Destruction (Possibly gained all of Youpi's powers after absorbing him due to how his power works), Energy Projection (With Rage Blast, Meruem can fire a concentrated blast of aura), Light Manipulation, Power Modification and Power Bestowal (Meruem can personally prepare an individual with a Nen ability that matches their talents and teach the individual how to use it. Shaiapouf did this for various Squadron Leaders: Leol, Cheetu, Welfin, Bloster and also to the Hunter Palm. He does this by enveloping the target in a cocoon. He planned on doing this to at least 50,000 soldiers, Meruem most likely absorbed his ability to do this), Biological Manipulation (The cocoon turns humans into Chimera Ant hybrids), Mind Manipulation, Empathic Manipulation, Transmutation and Telepathy (Can transmute his aura into photons. It has the same effect as Shaiapouf's Spiritual Massage, and he can detect lies with it. Possibly gained all of Pouf's powers after absorbing him due to how his power works; can read the minds of those his aura has touched and detected lies), Duplication, Size Manipulation, Regeneration (High-Mid for the Core. Meruem's core, which is the size of a Bee, must be destroyed to kill him. High for his clones; Meruem's clones must be destroyed at the atomic level. Otherwise, they will be able to reform continuously), Small Size (Type 2; The Core can shrink to the size of a Bee, Type 5 for clones which can split up to be nano-size), Shapeshifting (With Body Reconstruction, Meruem can alter his face, physique, and even his voice), Poison Inducement (Those who have prolonged contact with him also become poisoned), Resistance to Poison Manipulation (Resisted the poison from the Rose Bomb for some time which is quite possibly the most powerful poison known to man, although he ultimately succumbed), Electricity Manipulation and Magma Manipulation (Should gain Youpi's resistances after absorbing him)

Attack Potency: Large Town level+ (As Meruem is the strongest character in the series, Meruem is superior to other Chimera Ants, including his three royal guards: Menthuthuyoupi, Neferpitou, and Shaiapouf. Destroyed his own arm when he felt humiliated as a show of respect. Severed Netero's arm and leg), up to Small City level with Ryu and Ko | Mountain level+ (A casual Rage Blast is this powerful. His show of Ren was so intense that Knuckle stated military power at the state level would be needed to match his power)

Speed: Massively Hypersonic (Far superior to the likes of Neferpitou and Cheetu. Right after being born, Meruem blitzed two Squadron Leaders. The Royal Guards themselves were unable to react to Meruem's tail. Casually walked past Netero and Zeno without them noticing. In his fight with Netero, Meruem exchanged hundreds of thousands of blows in under a minute. Meruem stated that the only thing faster than him was Netero's hand movement) | Massively Hypersonic (He is much faster than before and his flight speed is three times faster than that of Shaiapouf), Speed of Light with En and Photon (Meruem uses transmutation to turn his aura into photons when using his En)

Lifting Strength: Class M (Meruem was able to push back two of the Guanyin Bodhisattva's hands) | Class M (Stronger than before)

Durability: Large Town level+ (Netero could not do any significant damage to him, only feeling a dull pain after thousands of strikes. Even the Zero Hand, his most powerful attack, only gashed the King. He also barely survived the detonation of the Rose bomb), up to Small City level with Ryu and Ko | Mountain level+ (His durability increased)

Stamina: Immensely High (Is unfathomably superior to any rookie Hunter, who can run 80 Kilometers across different terrains without breaking a sweat. Meruem defeated the Shogi and Go champions of East Gorteau without resting between matches and did not show the slightest hint of physical or mental fatigue even after playing Gungi with Komugi for three days straight. He was so engrossed in their games that he apparently ate nothing for six days and still seemed unaffected. As stated in durability, Meruem was able to take thousands of attacks from Netero with minimal damage to his person while continuously attacking him)

Intelligence: Extraordinary Genius. Meruem was able to speak before even being born. Meruem possesses immense memory and analytical skills, being able to learn and master nearly anything he comes across in a short period. He defeated world champions at various games just after reading a rule book and playing a few matches. He is capable of examining multiple scenarios in a matter of seconds. He excels at identifying his opponent's "rhythm," the unconscious bias that guides their choices, and at disrupting it or turning it against them, not only gaining insight into their thought process but also managing to exploit it for his benefit. Playing Gungi with Komugi elevated his pattern-recognition skills to an ability similar to precognition. Thanks to this faculty, he was able to penetrate Netero's otherwise impregnable defense, even predicting what body parts he would be able to cut off in advance.

Weaknesses: After meeting and making close bonds with Komugi, he slowly lost his cruel and violent nature and was implied to try to coexist peacefully with humans. Zetsu involves keeping one's aura exclusively in the body, it makes a Nen user more vulnerable to physical and nen attacks, because one doesn't have any aura on the outside of one's body to protect oneself. | Same as before, Meruem suffers poisoning from the Miniature Rose Bomb and will slowly die after an extended period because of it.

Nen: Meruem is the most powerful Nen user in the series, being able to use all the basic and advanced techniques to vast degrees. He is a Specialist and likely highly proficient in every single Nen category. However, due to his overpowering nature, he doesn't even need to create his own Hatsu, which is unfortunate given his infinite potential.

Note: It's possible that after absorbing Pouf and Youpi, Meruem gained their powers, as he showed he is capable of using some of their abilities on a much better scale. 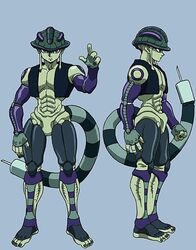 Meruem's design in the anime 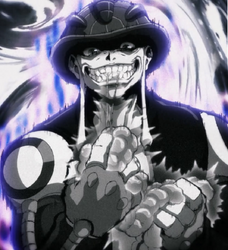 Shantae (Shantae (Verse)) Shantae's Profile (Speed was equalized. Low 7-B form was used, Shantae had prior knowledge on Meruem, while Meruem had basic knowledge on Shantae)