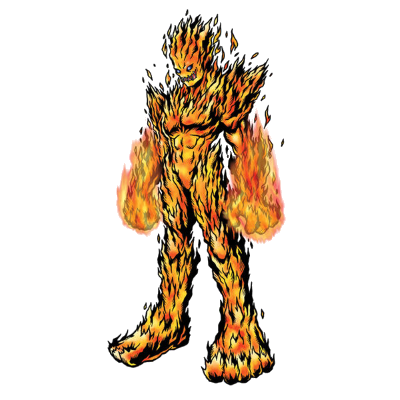 Meramon is a Flame Digimon whose entire body is shrouded in crimson flames. As a Digimon generated from the defensive "Firewall" which prevents illegal entries from the Internet and the like, it possesses a violent temperament like the flames that envelop its body, and tries to incinerate everything it touches. Its fire power is stronger than those of the same species on File Island, and because taming this Digimon is extremely difficult, even if it's tamed, there's no telling when it will bare its fangs. 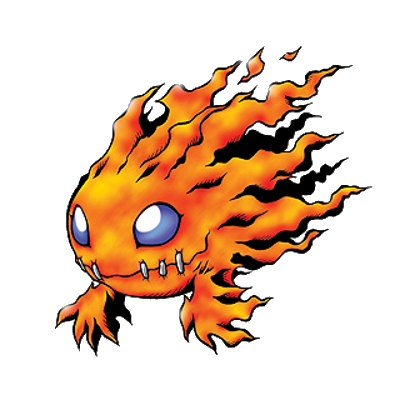 A Digimon that evolved from Mokumon, its entire body is ablaze due to how its Digicore burns fiercely for a body of its size. It has a wild temperament for its small size, causing its Digicore to burn intensely, but it cannot fight properly despite its aggressive personality as its offensive power is still low. Not only that, it is extremely weak to water and Ice-Snow type Digimon, so it will flee the moment it encounters them. Incidentally, any relation between it and Meramon has not yet been made clear. It attacks opponents with small bullets of fire shot out of its mouth, but they aren't very powerful. 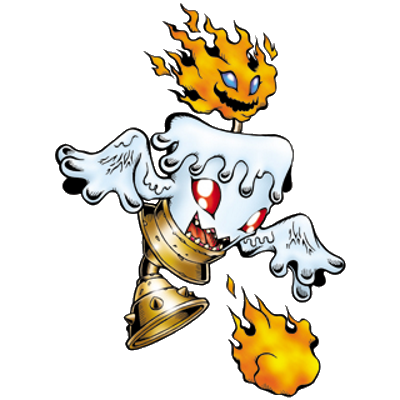 A Flame Digimon whose Digicore, which can also be said to be a Digimon's heart, burns intensely while mounted atop its head. When the Digicore on Candmon's head ceases to burn, it becomes unable to maintain its life processes. One theory suggests that the flame on its head is its true form, and that the rest of its body is naught but a dummy. Despite being a Flame Digimon, it has a docile personality and will not bring danger to its surroundings out of its own volition. 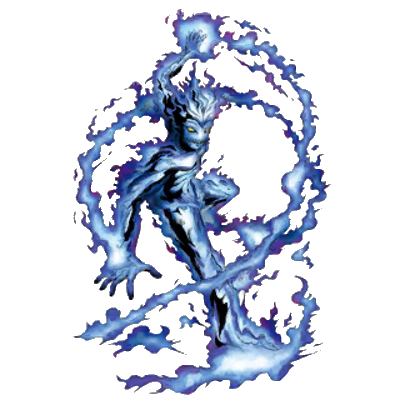 A Flame Digimon that burns with higher temperature flames than the Adult-level Meramon. Its Special Move is inflicting burns on the opponent with supercooled air (Ice Phantom). 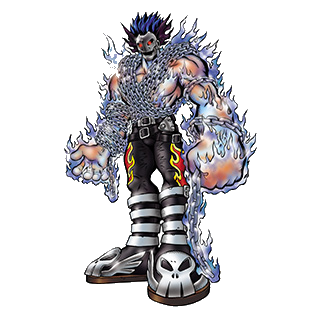 An evolution of Meramon, this Digimon's body is cloaked in blue, high-temperature flames. The flames that arise from its body blaze brightly in blue, as these flames burn hotter than Meramon's. Its offensive and defensive abilities have risen considerably, which in conjunction with the strength of its flames, bestow upon this power-type Digimon tremendous destructive power. Although Flame Digimon tend to be weak against Aquatic and Ice-Snow type Digimon, fighting the strength of Death Meramon's flames with them is as futile as pouring water on a hot stone. 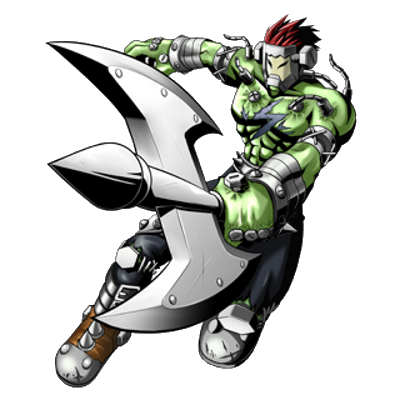 A prototype Cyborg Digimon constructed at the same time as Andromon. Unlike the mechanically-based Andromon, the organically-based Boltmon possessed emotions, as well as power that surpassed Andromon's, but it was difficult to control and ran wild, and was consigned to oblivion in the darkness. It is an unfortunate Digimon whose own existence was denied, so it wanders within the darkness of its sorrow.

Gender: Genderless, but referred to as Male.

All previous abilities, Hellfire Manipulation and Conceptual Erasure via Dark Fire (The Flames of Hell/Dark Area aka El Evangelo are purifying flames that erase those who are burnt by them. This goes so far as to being able to erase even the Seven Great Demon Lords and erase one beyond death in which in Digimon death means nothingness. Whether the flames erase one beyond nothingness is dependent on whether they are evil or not. If evil, the one who is erased will be erased beyond nothingness).

All previous abilities, Magma Manipulation, Expert Hand-to-Hand Combatant, Statistics Amplification, Resistance to Hellfire Manipulation and Conceptual Erasure (The flames of the firewall are superior to the flames of the Dark Area and as such provides Meramon's body with protection from these effects).

Attack Potency Wall level (Comparable to other Baby Digimon such as Viximon) | Large Building level+ (Should be comparable to Guilmon) | Large Mountain level+ (Vaporized a lake) | Island level (Dried up all the Southeast Asia) | At least Large Star level, possibly Multi-Solar System level (Equal to other Ultimate Digimon such as Digitamamon) | Galaxy level (Fought against Metalgreymon) | Galaxy level (Should be superior to Digimon Adventure SkullMeramon)

Weaknesses: Depending on the continuity, he may have a huge weakness to Water based attacks. | None notable