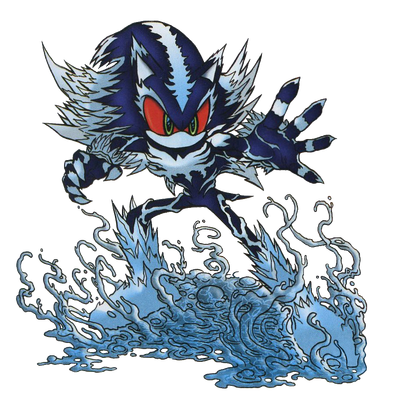 Mephiles the Dark is a character in the Sonic the Hedgehog comic series and its spin-offs published by Archie Comics. He is an evil smoky spirit and the power and intelligence of Solaris who took the shape of Shadow the Hedgehog. After being split from his original form, Mephiles sought to end all existence, but was erased from the timeline.

Speed: Massively FTL+ (Can keep up with Shadow)

Weaknesses: As a being of darkness, Mephiles is vulnerable to light-based attacks, which renders him immobile.