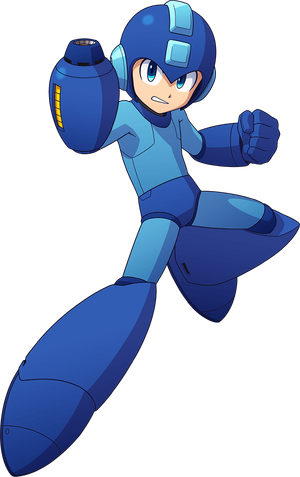 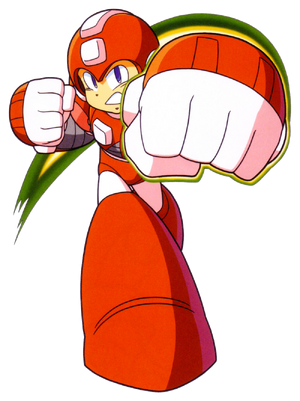 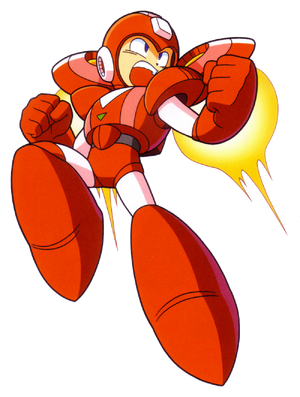 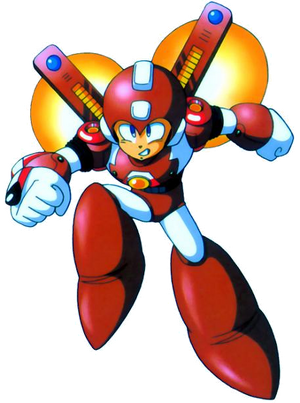 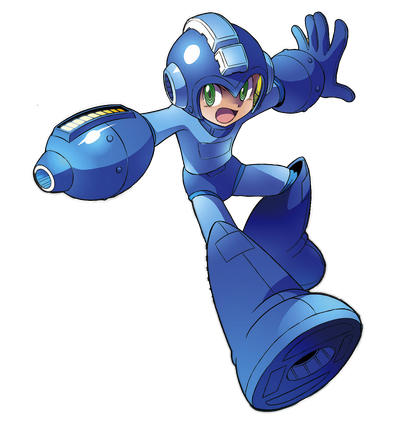 Rock Light was the second of Dr. Light's Robot Masters after Blues and one of the first robots to have truly human-like intelligence. He was initially designed to be a simple lab assistant and a surrogate child for the good doctor alongside Rock's sister unit, Roll. However, when Dr. Wily, Light's jealous and disgraced former colleague, stole the other Robot Masters and reprogrammed them to wreak havoc upon the populace, Rock volunteered to take up arms and defend the world as the hero Mega Man.

Powers and Abilities: Superhuman Physical Characteristics, Inorganic Physiology (Type 2), Self-Sustenance (Types 1, 2 and 3), Power Mimicry (Mega Man can integrate virtually any kind of technology into his own systems by inserting the associated computer chip into his Mega Buster or sometimes simply by touching the associated weapon or piece of equipment), Weapon Creation, Explosion Manipulation, Sound Manipulation, Attack Reflection, Duplication, Homing Attack, Acid Manipulation, Corrosion Inducement, Teleportation, Electricity Manipulation, Air Manipulation, Absolute Zero Ice, Energy Manipulation, Gravity Manipulation, Fire Manipulation (Said fire is hotter than the Earth's core), Magma Manipulation, Water Manipulation, Earth Manipulation, Statistics Amplification (Can increase his power and speed with the Double Gear System as well as his physical strength with Super Arm), Transmutation, Weather Manipulation, Flight, Magnetism Manipulation, Forcefield Creation, Black Hole Creation, Temporary Petrification, Space-Time Manipulation, Light Manipulation (With Flash Stopper, can blind and stun foes with a light of 10,000,000 watts), Fusionism (Can merge with his mechanical dog Rush in a variety of ways), Creation (Can recreate virtually any materials required for the usage of his Variable Weapons System), Resistance to Absolute Zero, EMPs, Transmutation, Corrosion Inducement and Hacking (Was highly resistant to the effects of Evil Energy and Roboenza, both of which were viruses that took over the Earth in a matter of weeks and days. However, he still succumbed to them after a while), Immunity to Soul Manipulation and Mind Manipulation (As a Robot, he lacks the soul of an organic being, and can't be manipulated through typical mind manipulation techniques), Energy Absorption (With Grab Buster, which steals energy from foes and uses it to heal him), Summoning (Can summon meteor storms as well as robotic bees to attack foes and retrieve items. Can instantly summon Rush or Eddie to replenish his health and ammo for his weapons), Healing (With Energy Tanks, Super Tanks, Mystery Tanks and summoning allies), Underwater Breathing

Attack Potency: Dwarf Star level (On par with Duo and Sunstar), higher with the Double Gear System (The Power Gear increases his overall power, but to an unknown degree) | Planet level (Killed Sunstar, who should be superior to Wily's satellite lasers)

Speed: Massively FTL (Dodged attacks from Duo's Meteor Form and can dodge the lasers of the Wily Star which move this fast. Outran Quick Man's beams of light and escaped from Galaxy Man and Saturn's black holes. Flew from Earth past the Asteroid Belt to fight the Stardroids), Massively FTL+ with the Double Gear System (The Speed Gear quadruples his overall speed), higher with teleporters (Teleported to planets in other solar systems in a minute at most)

Stamina: Essentially limitless due to being a Robot Master

Intelligence: Although he is programmed to act like a child, Mega Man is an extremely skilled combatant who has faced off against entire armies of robots single-handedly even though he was initially designed as a mere helper robot. He is able to instantly analyze and master any Special Weapon he acquires and has navigated through Wily's series of death traps and puzzles to foil him time and again, even defeating advanced robots designed to conquer other planets. However, he is rather gullible and naive at times due to his natural programming, having been fooled by Wily's robotic duplicate of Dr. Light, a ruse that Proto Man saw through in an instant

Weaknesses: Mega Man is powered by sunlight, so spending large amounts of time underground without an alternate source of power can be potentially dangerous, but this is usually a non-issue in most combat situations. His copied weapons have limited ammunition

Notes: Dr. Wily once claimed that Mega Man can't harm a human, prompting Mega Man to spare him. This is likely a reference to Asimov's Three Laws of Robotics. However he's violated these rules many times before including in the very same scene where Wily attempted to protect himself by invoking said laws (allowing harm through inaction), and there's the implication that Mega Man was on the verge of killing Wily. Hence it's most likely that he only loosely follows this rule out of choice and not by obligation.