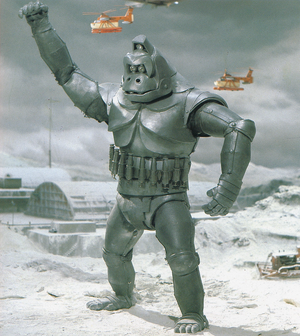 Attack Potency: At least Building level (Said to be powerful enough to destroy buildings, his attacks can generate this much power )