The Maze Runner is a 2009 young adult dystopian science fiction novel written by American author James Dashner, and the first book released in The Maze Runner series, although it is the third in narrative order. The novel was published on October 7, 2009 by Delacorte Press, an imprint of Random House, and was made into a 2014 major motion picture by 20th Century Fox.

The world was consumed by a lethal virus called The Flare that killed 99% of the world's population. The survivors tried to develop an anti-virus to fight the disease, but at the cost of sacrificing hundreds of innocent young people in labyrinths full of obstacles and monsters. This is Thomas' story.

The Maze Runner is a relatively weak verse with the strongest characters being peak humans and superhuman creatures. Characters like Thomas have Wall level attack potency physically, with Supersonic+ attack speed equiped with weapons. 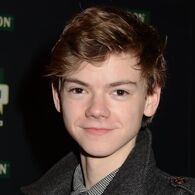 Minho
Add a photo to this gallery 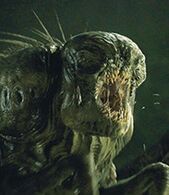 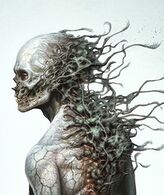 Cranks
Add a photo to this gallery