VS Battles Wiki
Register
Don't have an account?
Sign In
in: Fullmetal Alchemist, Manga Characters, Anime Characters,
and 19 more

View source
watch 02:03
Wiki Targeted (Entertainment)
Do you like this video?
Play Sound 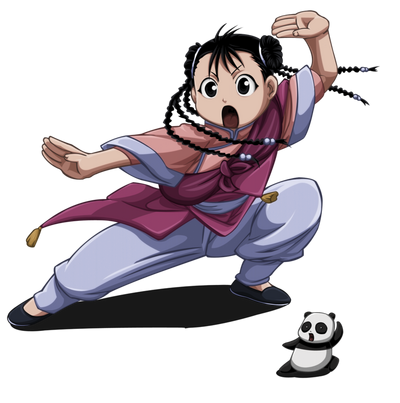 Attack Potency: Building level physically (Can knock down Edward with a kick, but is weaker than him physically). Large Building level with alkahestry (Can easily injure Envy while transformed, and should be comparable to alchemist)

Durability: Building level (Took hits from Gluttony though she was badly injured)

Weaknesses: A little naive due to being young.