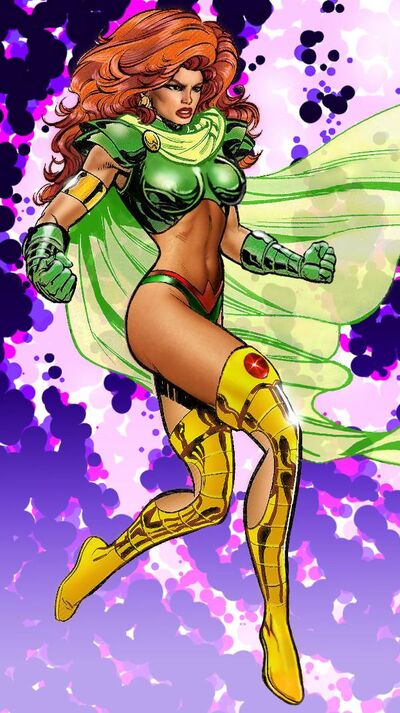 Attack Potency: Solar System level (She has matched Superman on several occasions, and harmed Orion with a psychic bolt)

Speed: Massively FTL+ (Can keep up with Superman-level enemies)

Lifting Strength: Class Y (Should be comparable to Wonder Woman)

Durability: Solar System level (Able to withstand hits from Superman-level opponents, and was the only member in the Justice League beside Superman to take hits from Doomsday)

Stamina: Very High. She was able to create a psi bridge that had galactic range and kept it going. Despite being weakened, she was able to hold her planet together with telekinesis.

Range: It varies depending on the type of power. Planetary with telekinesis (She was able to hold her planet together). Interstellar with teleportation. Galactic with a psi bridge (She created one from her planet to Earth to save her people from danger)

Weaknesses: She is hot-tempered and impatient