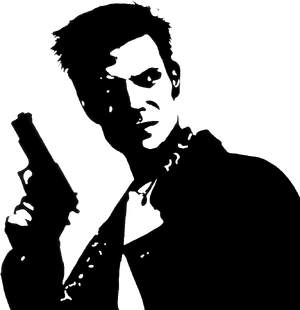 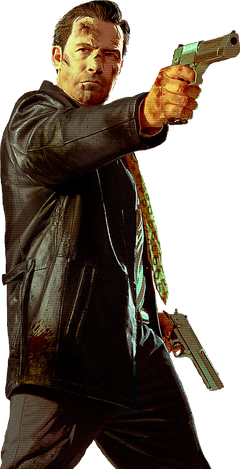 Max Payne is the protagonist of the video game series of the same name. A former detective with the NYPD, Payne’s life was shattered when his wife and daughter were murdered by addicts of the experimental drug valkyr.

Leaving the NYPD, Payne joins the DEA with the intent of tracking down the source of the drug and with it, the ones responsible for the death of his family. In the ensuing investigation, Payne was framed for murder and launched a one-man war against the entire Punchinello crime family, who were the main distributors of Valkyr in the criminal underworld. After killing almost every associate of the Punchinello crime family, Payne discovered the true source of the drug and the one responsible for his family’s murder, was the corrupt CEO of the major pharmaceutical company Aesir Corporation, Nicole Horne. Payne was relayed this information via a secret society known as the Inner Circle, who offered Payne a deal, that all charges against him would be dropped if he managed to assassinate Horne. Despite overwhelming odds, Payne stormed Horne’s base of operations, Aesir plaza and single-handily killed Aesir’s highly trained and heavily armed security team and eventually Horne herself. As promised all charges against him were dropped thanks to the Inner Circle’s influence.

After being cleared of all charges Payne left the DEA and returned to the NYPD. During one investigation into a group of assassinations carried out by a group of professional hitmen disguised as cleaners, Payne uncovered a conspiracy to take over the Inner Circle being carried out by the Russian Mob boss Vladimir Lem. With the aid of femme fatale and contract killer Mona Sax, Payne successfully kills Vlad, however, Mona is mortally wounded in the final confrontation with Vlad and dies of her injuries. Following these events, Max retires from the NYPD.

Nine years later, after becoming addicted to alcohol and painkillers, Payne relocates to Sao Paolo Brazil to work as in the private security sector, alongside his friend Raul Passos. Soon afterwards, Payne discovers another sinister conspiracy directed at the Branco family, who Payne was hired to protect.

Tier: 9-B physically, higher with most firearms and melee weapons, up to 8-C with his strongest weapons

Attack Potency: Wall level physically (Easily knocked out two police officers just by banging their heads together. Effortlessly ripped apart a spotlight with a casual sliding stomp, and moments later he forced his way through a thick protective glass barrier with no trouble. Casually pushed a man through a protective glass barrier. Forced open a locked door with a casual back-kick. Effortlessly snapped Victor Branco's shin with a single stomp and pushed it out of his flesh. Can trade blows with those who can harm him, and is also capable of harming himself), higher with most firearms and melee weapons (Can destroy thick metal padlocks with just his pistols, blow up cars, trucks, boats and easily punch large holes through concrete beams, walls, and even thick armored helmets without any problems. Can brutally mutilate armored soldiers), up to Building level with strongest weapons (Was able to destroy an entire building with one of his strongest bombs)

Speed: Peak Human with Subsonic+ combat speed and reactions naturally (Can react to RPG-7 missiles and shoot at them before they even leave the barrel without the need of Bullet Time, can do the same to grenade launcher shots. Capable of blitzing several enemies locking directly at him before they can even react. Can easily view people in slow-motion without the need of Bullet Time. Jumped out of the way of a speeding vehicle moments before it hit him), at least Hypersonic+ with Bullet Time (Can perceive the paths of bullets and move fast enough to dodge them. By killing enough enemies he can slow time even further whilst increasing his own speed to the point where even bullets from high-end sniper rifles like the Barrett M82 appear to be almost frozen to him). Subsonic+ to Supersonic+ attack speed with most firearms

Lifting Strength: Peak Human (While badly injured and escaping the Branco building, he easily lifted a large metal gate all by himself. Not moments later, he easily pushed down a cabinet 3 peak-bodied mercenaries couldn't with all their strength. Capable of forcing open elevators door when they're stuck)

Durability: Wall level (Can survive multiple shotgun rounds to the body even whilst not wearing Kevlar. Also withstands falls from great heights without trouble. Has also survived what should have been a fatal dose of the drug valkyr and also being shot in the head. Capable of brushing off explosions from high-yield grenades at point-blank range and has taken rounds from guns that could easily tear apart walls and put gigantic holes in them in Max Payne 1, 2 and 3, and has also survived high-yield C4 explosives at close range with moderate damage. Also survived getting shot with an anti-materiel rifle with only a small hole in his arm, and fixed up his wounds with some painkillers and a bandage. Withstood a tiny but potent portion of an explosion that blew up Rodrigo Branco's reinforced saferoom, albeit at the cost of getting himself badly wounded, although he recovered soon enough. An explosion that mortally wounded Armando Becker and blew up most of his body only left Max with slight cuts and a torn shirt, but for the most part, Max was completely fine and was able to run around and wipe out hordes of UFE teams afterwards), higher with armor

Stamina: Very High (Can easily take hordes of bullets for extended periods of time and still keep moving as if nothing happened to him)

Intelligence: Payne is a skilled and experienced detective and has had a long and diverse crime-fighting career.

Weaknesses: Limited amount of bullet time, which forces him to get out of cover and kill more enemies to refill it. Suffers from depression and possibly PTSD. Has struggled with addictions to alcohol and painkillers. Still human at his core and can only withstand so much pain from his wounds before dying of shock. Using the Shootdodge method can leave Max vulnerable to oncoming gunfire as it takes time for him to get back up.