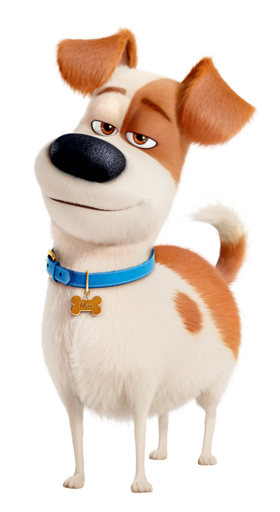 Max is the primary protagonist of The Secret Life of Pets. He is a Jack Russell Terrier.

Attack Potency: At least Street level (Can physically harm humans like Sergei and is comparable to other dogs)

Speed: Superhuman (Can outrun other pets) with Subsonic combat speed and reactions (Comparable to other pets)

Lifting Strength: At least Regular Human (Can carry children on his back), likely Above Average Human

Stamina: High (Due to being a dog, he has superhuman stamina and could fight for extended periods of time)

Intelligence: Above Average (In spite of having dog personality traits, he is highly intelligent)

Weaknesses: He can be arrogant and he isn’t very skilled in combat

Start a Discussion Discussions about Max (Secret Life of Pets)