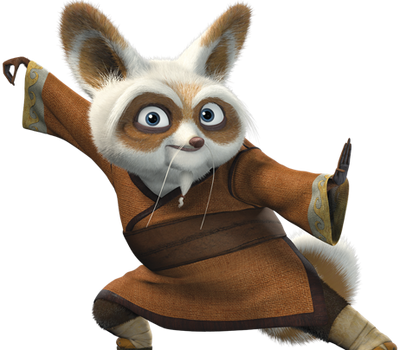 Master Shifu is the current master of the Jade Palace and a highly skilled master of kung fu taught by Oogway.  Shifu would raise his first student, Tai Lung, believing he could become the legendary Dragon Warrior.  Following Tai Lung's betrayal after Oogway deemed him unworthy of owning the Dragon Scroll, Shifu would become the instructor of the Furious Five, and later, reluctantly, Po.

Speed: At least Subsonic (Kept up with an angry Tai Lung)

Range: Standard melee range, Low Multiversal with chi techniques (Even characters who are completely inexperienced with chi, such as the panda villagers, are capable of projecting their chi between universes)

Standard Equipment: Usually fights unarmed, but can use any melee weapon. Shift Stones are optional equipment for Shifu.

Intelligence: Gifted. Is a skilled fighter and instructor, and has considerable experience.

Weaknesses: Can be caught off guard by unusual techniques.