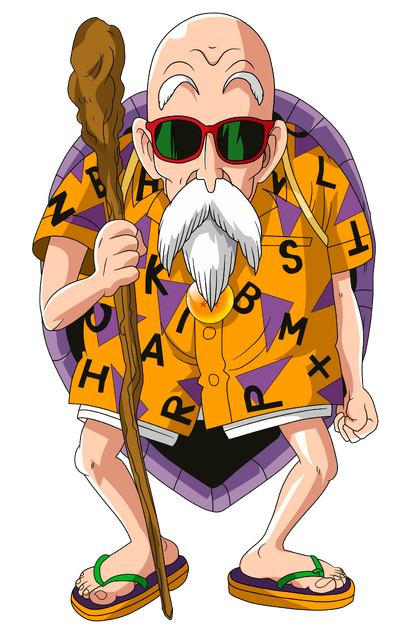 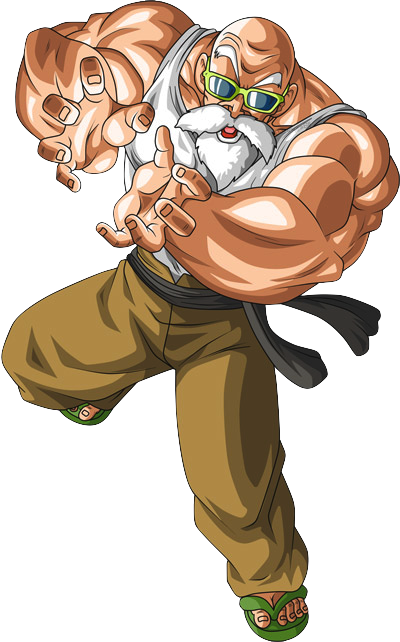 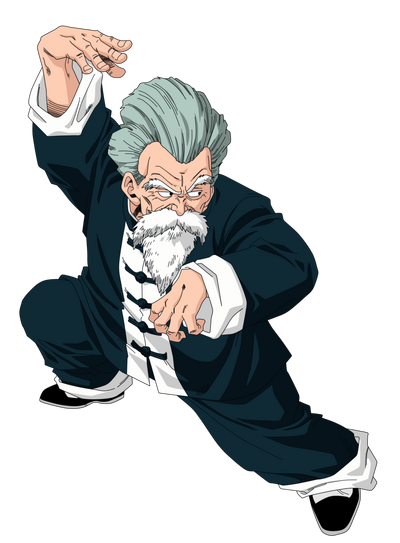 Powers and Abilities: Superhuman Physical Characteristics, Master of Martial Arts, Ki Manipulation (Can be used defensively and offensively, to strengthen his skin or to fire ki blasts, which can home in on targets, and form defensive barriers), Ki Sensing (Can locate others by reading their ki), Accelerated Development (Training; Physical Stats), Acrobatics, Shockwaves Generation, Afterimage Creation, Telepathy, Can transform to increase his power even further (Able to bulk up to what fans usually call "MAX Power Mode" to use the Kamehameha to its full potential), Pressure Point Strikes, Sleep Manipulation, Can fire pseudo-electricity to attack opponents (Powerful enough to immobilize Kid Goku), Sealing (Via the Mafuba), Immortality (Type 1), Self-Sustenance (Type 2), Resistance to Light Manipulation (Via Shades) and Empathic Manipulation

Speed: Superhuman with Supersonic+ reactions | Hypersonic+ (Can casually catch bullets with his bare hands and is faster than Tao Pai Pai) | At least Hypersonic+ | Relativistic | At least FTL+

Intelligence: At his time, the most renowned martial artist in the world. Often correctly predicted the outcome of fights. Great at training others and has centuries of life experience

Weaknesses: Roshi needs oxygen to breathe, he is subject to disease and presumably poison, and cannot fly | It is difficult for him to sustain his MAX Power form due to his age, and his strongest attack has a long charge time and he can only use it once before being completely drained

Note: The moon destroying feat Roshi did during the 21st Budokai is often regarded as an outlier at this point of the series when it happened due to stronger characters not demonstrating such a feat until the Saiyan Saga. Roshi surviving Tagoma's kick in Dragon Ball Super is also an outlier.