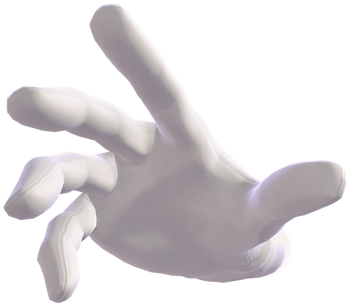 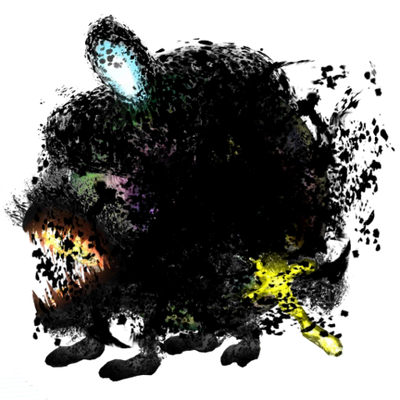 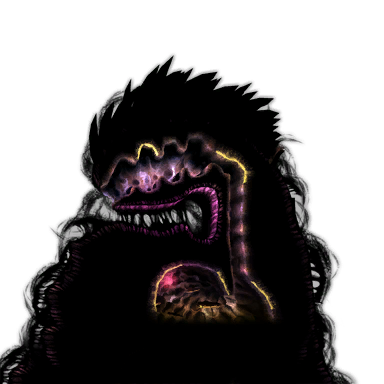 Despite appearing in all four games of the series, considerable mystery surrounds the character, due to a lack of sufficient official explanations. However, he is known as a creator in the Super Smash Bros. universe, and in Brawl as the master of the World of Trophies. His trophy info in Brawl implies that he does not use his full power against the smashers, and merely toys with them for his own enjoyment. As seen in Super Smash Bros 4, it is possible that his true power is actually Master Core, however there is little to no information about the relation between the two.

Classification: Creator of the Smash Bros. universe, Master of the World of Trophies

Powers and Abilities: Superhuman Physical Characteristics, True Flight, Teleportation, Elasticity (Can extend his finger), Creation (Of animate and inanimate objects. Can also draw spikes on the field, create mirrors, throw rings, spiked spheres or spheres filled with ink and etc.), Duplication (Creates duplicates of Smash fighters for Horde battles, and an endless amount for Endless battles), Gravity Manipulation (Some of his attacks instantly "spike" the opponent), Status Effect Inducement, Elemental Manipulation, Reality Warping (Can recreate stages and bend the rules of the game to his will), Sleep Manipulation, Energy Manipulation, Time Manipulation (Can make the match a slowed down or faster one), Resistance to Spatial Manipulation (Can stand in Crazy Hand's Big Rip with literally no ill effects). Shapeshifting, Spatial Manipulation, Portal Creation (The wormhole in Final Destination is tied to him) | All of the above, plus Sealing, Acid Manipulation, Darkness Manipulation, Electricity Manipulation, Teleportation (Of others), Healing, Fluid Intangibility and Power Mimicry as Master Core

Attack Potency: At least Universe level+ (Treats his versions of Arceus and the Creation Trio as toys, such as Dialga, who "is said to have set time in motion at the moment of its birth"/its "birth caused time to begin moving", and Arceus who "created the world and the sky") | Unknown, but higher (Master Hand losing control and becoming Master Core causes Crazy Hand, who is his equal, to flee)

Durability: At least Universe level+ (Was canonically only defeated by Tabuu, and even then he survived. Can easily collide with Crazy Hand) | Unknown, but higher

Lifting Strength: Class K (Superior to King Dedede who can swing his hammer with this much force) | Unknown, but far higher (Can effortlessly lift the entirety of Final Destination before tossing it back down)

Striking Strength: At least Universe Class+ (Consistently able to send enemies flying with the flick of a finger) | Unknown, but higher

Range: Hundreds of meters with projectiles. Multiversal with reality warping

Weaknesses: Master Hand seems to often hold back the full extent of its power | Its degree of sentience is unknown