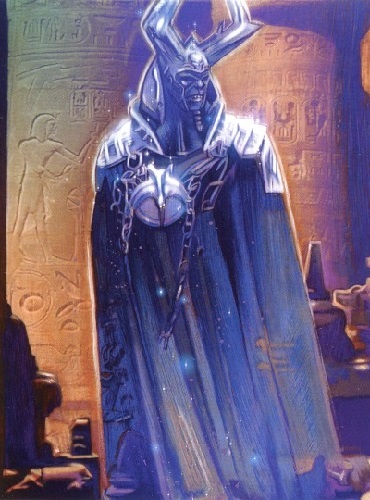 Age: Well over 100 years old by his death, over 5,000 years old (Postmortem) at the time of Jedi Academy

Classification: Human/Sith Hybrid, Dark Lord of the Sith, Ruler of the Sith Empire

Powers and Abilities: Superhuman Physical Characteristics, Precognition, Force enhanced reflexes/reactions, Clairvoyance, Telepathy, Telekinesis, Electricity Manipulation via Force Lightning, Energy Manipulation (His Scepter was capable of siphoning Force energy out of a location and firing Force Blasts), Immortality (Types 1 and 7), Non-Corporeal (Spirit form only), Possession, Sith Alchemy (Has created and mutated various creatures like his pet Terentatek), Absorption via Force Drain, Necromancy with his Scepter, able to infuse others with the power of the Force with his Scepter, and Matter Manipulation on a sub-atomic scale (Creating a Holocron requires one to make numerous precision alterations to it on a subatomic scale)

Attack Potency: At least Planet level (Was the most powerful Sith Lord up to his time, making him stronger than Ludo Kressh, Naga Sadow, Karness Muur and Tulak Hord and nearly comparable to Jaden Korr)

Striking Strength: At least Planet Class with Force Amplification (Able to imbue his Sith Sword with the Force to increase its cutting power. Regularly beat his pet Terentatek, a species known for their natural high resistance to Force powers)

Durability: Street level naturally. At least Planet level with Force Amplification (Survived as a non-corporeal spirit for thousands of years past his physical death)

Standard Equipment: The Scepter of Ragnos, his Gauntlets (Which further amplified his melee combative powers)

Intelligence: Ruled over his Sith Empire for the better part of a century while outmaneuvering all of his Sith rivals.

Weaknesses: Like most Sith Lords, Marka Ragnos is rather arrogant and overconfident