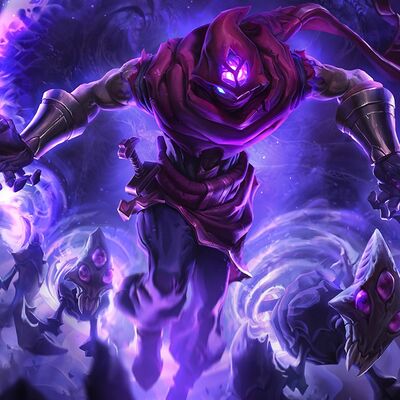 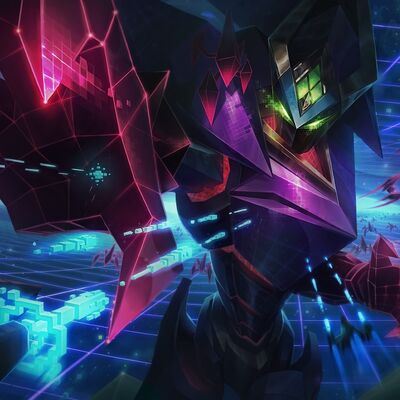 A zealous seer dedicated to the unification of all life, Malzahar truly believes the newly emergent Void to be the path to Runeterra’s salvation. In the desert wastes of Shurima, he followed the voices that whispered in his mind, all the way to ancient Icathia. Amidst the ruins of that land, he gazed into the dark heart of the Void itself, and was gifted new power and purpose. Malzahar now sees himself as a shepherd, empowered to bring others into the fold...or to release the voidling creatures that dwell beneath.

A boss hailing from a long-forgotten game cabinet, Malzahar broke free from the last remaining copy of his game to invade nearby machines. Now he has made his way to Arcade World, shredding the code of his enemies with an army of intelligent viruses.

Name: Malzahar, the Prophet of the Void

Classification: Void Altered Human, Prophet of the Void (Formerly a Seer), Leader of the Cult of the Void

Speed: Subsonic reactions and combat speed (Superior to newborn Voidborn that are capable of tagging Ascendants, Targonian Aspects, and Iceborn. Should be comparable to Voidborn such as Kog'Maw, Cho'Gath, Kha'Zix, Rek'Sai, and Vel'Koz)

Lifting Strength: Unknown, at least Superhuman with Telekinesis (Effortlessly lifted a person over his head) | Class M by virtue of size