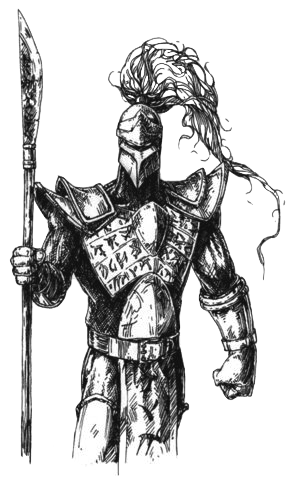 Tier: 9-A. Likely higher with the Wall of Magical Force

Classification: Leader of the Sarafan Brotherhood, Guardian of the Pillar of Conflict, Ward of the Circle of Nine. Wraith (Born as human)

Durability: Small Building level (Trade blows with Kain and Vorador). Existing without a physical body and immortality makes him difficult to kill

Stamina: Limitless, without a body, is unable to feel pain or have conventional wounds, it can also assemble himself

Standard Equipment: Long-bladed Pike, where is sealed his soul along with the rest of his armor

Weaknesses: Not exactly a weakness in combat, but Malek is no longer bounded to flesh pleasures. Even as a walking armor, he is still vulnerable to soul and mental attacks