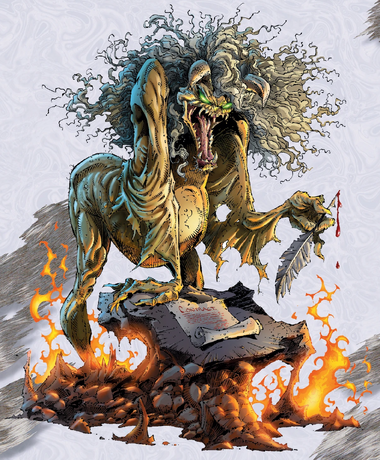 Attack Potency: Universe level+ (Holds absolute control over the 8th Circle of Hell, which is infinite in size)

Speed: likely Massively FTL+ or Immeasurable (Hell Kings are superior to anyone outside of gods), Omnipresent within his realm (The 8th Sphere of Hell is an extension of himself)

Durability: Universe level+. Regeneration makes him difficult to put down.

Retrieved from "https://vsbattles.fandom.com/wiki/Malebolgia?oldid=5301804"
Community content is available under CC-BY-SA unless otherwise noted.