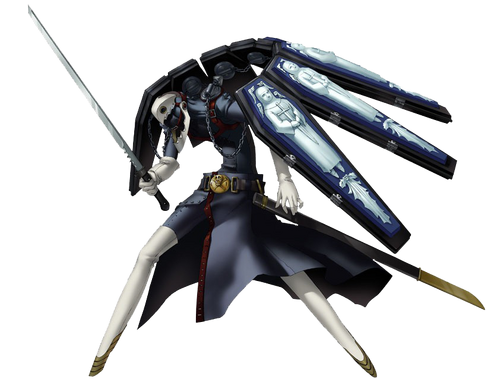 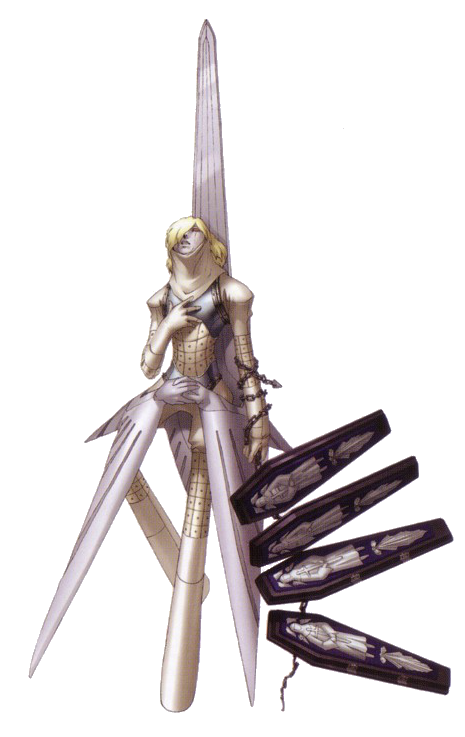 Makoto Yuki is the protagonist of Persona 3/FES/Portable. He is a transfer student enrolling in Gekkoukan High School in Iwatodai City. He is an orphan whose parents died on the Moonlight Bridge in their car during a fatal incident a decade before the events of the game. He has dark blue hair unkempt at the front, blue eyes, and a light build, being shorter than average. His bangs cover his right eye. He is often shown with his hands in his pockets. He is very stoic, reserved, and calm, gathered by the fact that he remains unmoved even when guns are pointed at him. He appears very introverted, distant, and aloof since he only observes the conversations of his party members and only speaks when someone is directed at him for his opinion on the matter.

All previous abilities to a greater extent, can survive for a month without his soul, Empowerment to a far greater extent, Immortality (Types 1 and 3), Flight, Teleportation, Non-Corporeal, Sealing, Invulnerability (up to Low 2-C, via Infinite Endure), Reactive Evolution (capable of adapting to nullify attacks they have been exposed to), High Resistance to Energy Projection and Resistance Negation (nullified Nyx's Almighty-based attacks).

Intelligence: Genius. At maxed social stats, Makoto's intelligence is considered to be on the level of a genius.

Weaknesses: Makoto inherits the elemental weaknesses of his equipped Persona if they have one. He needs an Evoker to summon his Personas. Using the Great Seal sacrifices his soul, and would thus be out-of-character for him to use outside of extreme circumstances.

Persona Summoning: The ability to utilize Personas, powerful manifestations of the mind and soul. Personas can move and attack independently of their users, allowing for double-teaming between their user and the equipped Persona. Each Persona has a set of elemental affinities, which also apply to their user while the Persona is equipped. Unlike the respective casts of Persona 4 and 5, the cast of Persona 3 can use their Personas in reality. Makoto's initial Persona is Orpheus, its evolved form is Orpheus Telos, and his ultimate Persona is Messiah.

Wild Card: Makoto possesses the power of the Wild Card, which allows him to use multiple Personas and have access to the Velvet Room's services during the events of his Journey. This is unlike other recent Persona-users, who only have access to their Initial and Ultimate Personas, and cannot perceive the door to the Velvet Room. Due to the nature of Persona Fusion, Makoto can theoretically possess almost any skill/spell on almost any Persona.

The Great Seal: Uses his soul to seal his opponent away. He can survive without it for a month.

Fusion Spells: He can summon several Personas at once to execute an extremely powerful attack.

Makoto in PQ
Add a photo to this gallery