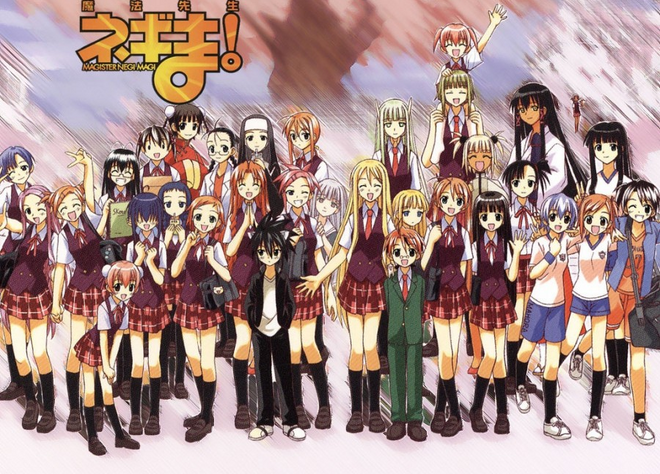 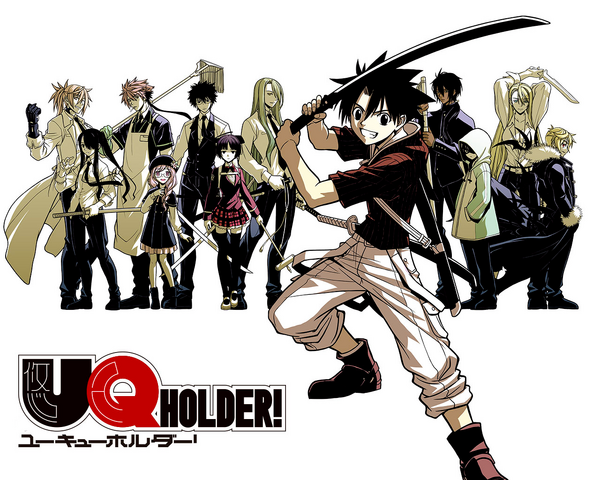 For more information about the series, see the Negima Wiki and the UQ Holder Wiki.

Negi Springfield is the new homeroom teacher to class 3-A; the most surprising aspects of him being that he's 10 years old and secretly a wizard. Various harem hijinks ensue which gradually evolve into a full shonen adventure series as Negi can't help but pick up martial arts techniques and advanced magical fighting skills.

Set several generations after the events of Negima, UQ Holder! follows the adventures of Negi's grandson; Touta Konoe, a young boy who is transformed into a vampire and joins a secret society composed of immortal beings. Touta, like his ancestor, has many exciting adventures and inevitable harem hijinks.

Negima is a diverse series containing wizards, cyborgs, time travelers, ghosts, aliens, demons and vampires all mixed together to give a variety of abilities and powers. The top characters vary from City level to Island level, with the upper speed usually being sub-relativistic and an attack capable of reaching the speed of light.

The verse has a range of hax abilities, most of them derived from magic, that include Illusion Creation, Space Manipulation, Time Manipulation, Time Stop, Gravity Manipulation, Immortality, Invulnerability, Intangibility, Possession, etc. As UQ Holder is still ongoing, there is the likelihood that the series will continue to grow in strength.