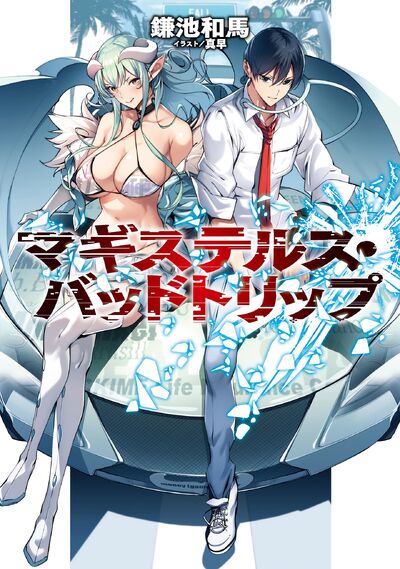 The story takes place in the near future. Money (Game) Master is the world's biggest VR online game. It is an open world game with no levels and no quests, the only goal for players (known as Dealers) is to make money. All sorts of illegal actions like violence and theft are allowed in the pursuit of Snow, the game's virtual currency. Due to the game's massive popularity, Snow has a significant influence in the real world, thus making the game's conflicts part of the global economy. Each Dealer is partnered with a Magisterus, a female support AI modeled after a supernatural creature, which acts as their guide and support.

Kaname Suou, the main protagonist is a famous Dealer, with a succubus-type Magisterus is called Tselika. Formerly part of a famous team known as Called Game, Kaname undertakes a mission involving the Inheritance, a set of cheat weapons created by a Dealer known as Criminal AO that can break the game's balance, and with it, the world's economy.

Dealers are basically humans with various physical enhancements pushing them to Athlete-Street levels. They rely in conventional firearms to fight each other, though the Inheritance is a set of more powerful weapons, each with a special power.

The Magisterus which accompany the Dealers have the same physical stats as their Dealer, but are basically immortal and will recover of any physical damage given enough time.