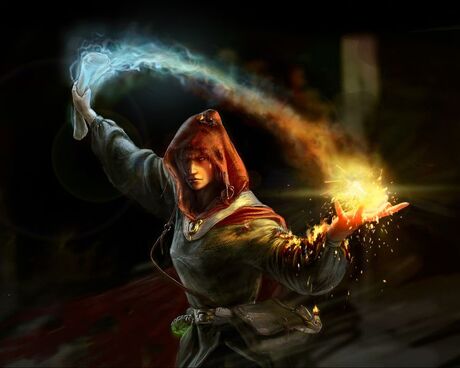 The ability to allow manipulating aspects of reality (or all of them), bypassing the known laws of physics.

In most cases, use of magic requires special magical energy, often called mana. Mana may vary in quality and quantity across different mages. Accordingly, the magician or wizard whose mana is purer will have an advantage. His magic will be much stronger, and in addition the aforementioned magic user will be able to use more powerful spells.

Highly advaced technology is also nigh-indistinguishable from magic. As a result, what seems magical can one day become natural with the development of science and technology. For example, a primitive man might consider a computer magical, while for us it's just a regular form of technology.