Credit goes to the Magi wiki for several of the character page information summaries. 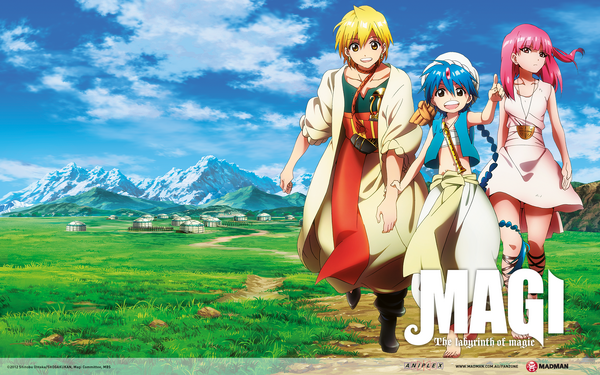 After being secluded for his entire life, a boy called Aladdin travels the world until he meets Alibaba Saluja, a young man aiming to one day explore the nearby dungeon Amon and claim its treasures. Aladdin and Alibaba eventually become friends, and conquer Amon together, despite facing the opposition of the ruthless Jamil and his slave warriors, with only Alibaba, Aladdin and Morgiana, the only survivor of Jamil's party, escaping with their lives. For some reason, Aladdin ends up teleported to a distant land, far away from the others, where he learns that he is a Magi. Having no news of his friend, Alibaba uses the treasure he obtained in Amon to free all slaves in the city, including Morgiana and returns to Balbadd, his homeland.

Magi's characters can be separated into two classes; Humans and Gods. Human characters demonstrated Low 6-B attack potency, and 6-B with their Extreme Magic, the strongest attack a Djinn User can perform. There are inumerous 6-B statements as well. Talking about speed, characters like Aladdin can already react to lightning at point blank range, and characters like Sinbad and Yamuraiha can react to lightspeed attacks, ranging from Relativistic+ to FTL.

The Gods are the supreme being of their universe, each God controls the flow of fate and see the God below as fiction. Each dimension is a spatial dimension, going to infinite in quantity. Humans characters can't understand what they think and their form without being on the same plane. After take the control of the Sacred Palace, Sinbad now saw Il Ilah as his pet, creating him and his universe, and then, destroying it. Gods are the God-Tier of the verse. These characters range from Low 1-C to 1-B. 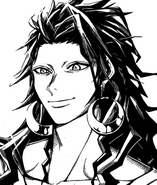 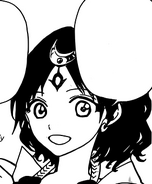