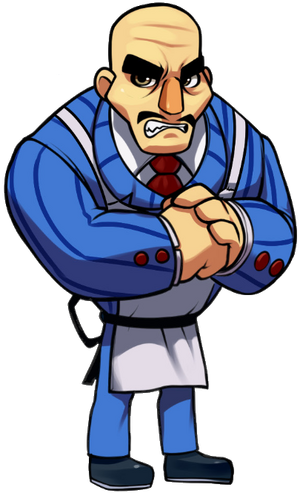 The commonplace lackeys for the ruler of Mafia Town, the Mafia Boss. They share a kinship with one another, and delight in harassing anyone who dares not be mafia.

Age: Unknown, possibly somewhere near their 30's to 50's.

Lifting Strength: Around Regular Human, as mafia are seen lifting barrels of explosives.

Intelligence: Likely below average. Are capable of noticing attack patterns, but are somehow shocked upon seeing Hat Kid jump.

Weaknesses: Mafia Goons are slow and are easily angered, which can easily be manipulated.

Retrieved from "https://vsbattles.fandom.com/wiki/Mafia_Goon_(A_Hat_in_Time)?oldid=6169181"
Community content is available under CC-BY-SA unless otherwise noted.