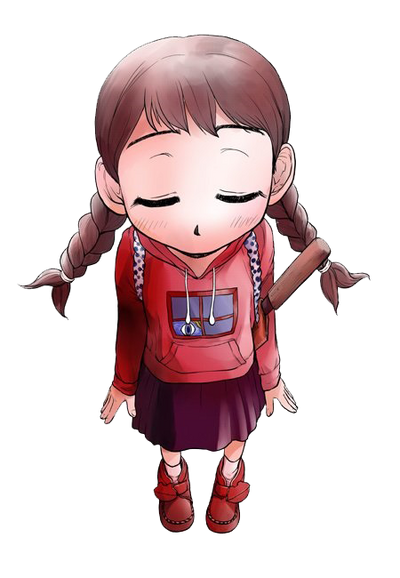 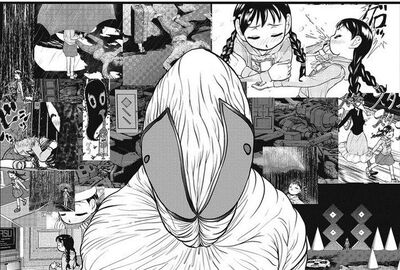 Madotsuki is the main protagonist of Yume Nikki. She spends most of the game sleeping in her room, exploring her own dreams.

In this incarnation, however, her personality is much more apparent. While initially appearing to be innocent and rather clueless, she quickly shows a much more violent side to herself. Moreover, more of the nature of the Dream World is revealed. It isn't directly her dream, instead being a representation of one's mind built by Mars-san in order to turn girls into "good girls".

Powers and Abilities: Superhuman Physical Characteristics, Shapeshifting, Time Stop (Via Stoplight), Can reveal invisible beings (Via Stoplight), Weather Manipulation (Via Umbrella and Yuki-Onna), Reality Warping (Her rampaged caused the Dream World's reality to collapse, fusing many of the worlds into one and radically transforming the environment), Immortality (Type 9. Her dream self is a mere projection of her sleeping self in "My Room", which itself is merely the dream avatar of her real world self), Teleportation (Can wake up and teleport to "My Room" and back at will), Dimensional Storage (Can put various items into storage in her shirt) | Void Manipulation, Large Size (Type 1), Body Control | Reality Warping

Attack Potency: Universe level+, possibly Low Multiverse level (She was destroying the whole Dream World, which was shown to be similar in size to the real world and possesses several worlds of unknown size) | Universe level+, possibly Low Multiverse level (More powerful than her regular version. Would have entirely consumed the Dream World if she wasn't stopped) | Unknown (From this position, the whole Dream World is but fiction to her. It only exists as a dream and she can affect it via interacting with real objects related to it, such as stabbing dreamers or destroying the diary, which will cause the destruction of the dream)

Weaknesses: None notable | Can be brought back to base by reminding her of good memories | Unknown

-Effects: Madotsuki can equip any of the following "Effect", changing her appearance and giving her new abilities based on the effect in question. She can only equip a single effect at a time. When she changes effect, any damage to Madotsuki will be reset, including decapitation or her body melting completely, leaving only her clothes.