VS Battles Wiki
Register
Don't have an account?
Sign In
Advertisement
in: Tier 6, Tier 6-C, Tier 5,
and 116 more 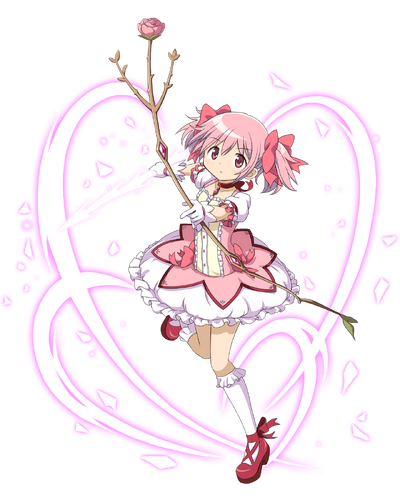 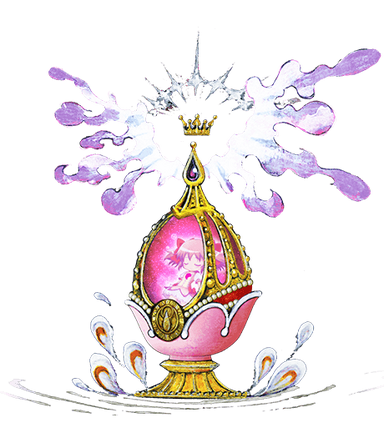 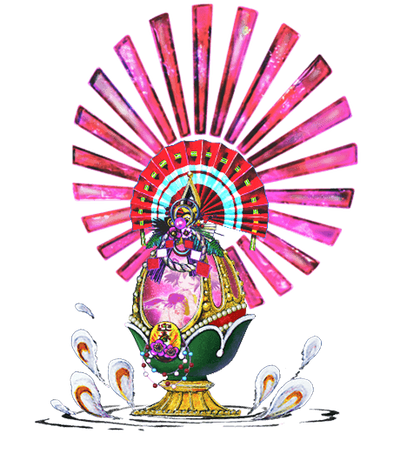 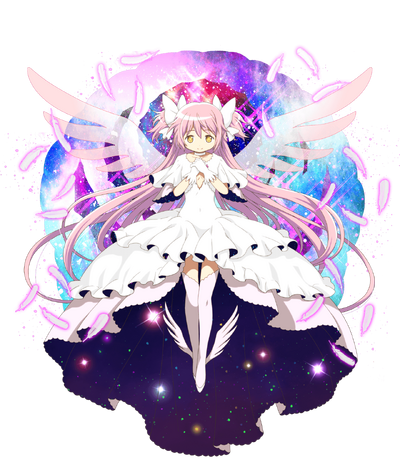 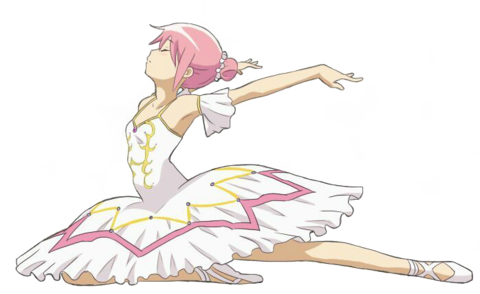 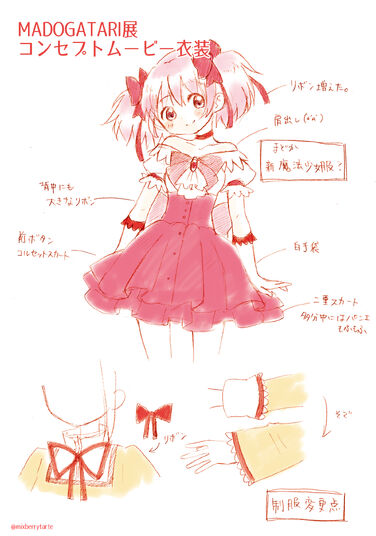 Madoka Kaname (鹿目 まどか, Kaname Madoka) is the protagonist of the anime and manga series, Puella Magi Madoka Magica. She is a gentle and kind girl who lives a normal life, has a happy life, surrounded by a good family and good friends. One day, she has a dream in which a mysterious girl fights a monster. The next day, the girl in her sleep, Homura Akemi, comes to her school as a transfer student.

Her life changes when she meets Kyubey, which gives you a desire to change her to become a Puella Magi. It is understood that she has great magical potential inside and Kyubey is particularly interested in making a deal with her.

All previous abilities, (except Memoria, Connect, and Doppel) but enhanced, in addition to Time Travel and Duplication (via Magical Squall) and Soul Absorption, Acausality (Limited Type 1; is capable of dreaming previous timelines, however is otherwise very affected)

All of the above, but upscaled to her new level, Immortality (Types 1, 3, and 9, exists in a higher plane of existence separated from the normal universe), Cosmic Awareness (Aware of all possible futures and pasts, of all universes. Can perceive entire universes "frame by frame" and hear even the smallest of sounds, even in ones she does not exist in), Non-Physical Interaction, Higher-Dimensional Existence, Avatar Creation (Used a physical representation to enter in Homulily's world), Acausality (Type 5. Became an existence which is no longer a part of the universe, with nobody being able to neither interact with nor remember her anymore, as she's now completely outside time, cause and effect, without any kind of connection to the world), Incorporeality, Omnipresence and Abstract Existence (Type 1. Stated to have become a concept that exists across all space and time), Law Manipulation and Conceptual Manipulation (Type 1. Rearranged the universes to make them fit with the new law she has created in order to erase in every universe, past and future the concept of Witches. Can destroy or rewrite laws, which in context are concepts due to Madoka herself being the Law of Cycles), Time Manipulation, Large Size (Up to Type 8 for avatars, Gen Urobuchi stated that Ultimate Madoka’s skirt is the actual universe; Type 9 for her true conceptual self), Causality Manipulation, Void Manipulation, Existence Erasure (Able to erase beings, including the likes of Ultimate Kriemhild Gretchen), Reality Warping, Immunity to Soul Manipulation (Doesn't have a soul), Resistance to Curse Manipulation and Mind Manipulation (Unaffected by the curses of Ultimate Kriemhild Gretchen, which can corrupt minds), Unconventional Resistance to Power Absorption and Memory Manipulation (If her powers or memories are stolen they will either take control of the opponent or manifest as a separate being). Has the abilities and Memoria of all magical girls in the Puella Magi Verse (As the Law of Cycles, it is revealed she incorporates the magical girls she saves as part of her Heaven, which is also her being) with the exception of the main Homura Akemi

Attack Potency: Island level (With the use of Magical Squall, called Puruwia★Magica in Magia Record, Madoka parted a cloud with a massive kinetic energy output), Moon level as Doppel Kriemhild Gretchen (Her Doppel can level the Earth and then reduce it all to dust) | Unknown (Madoka grows exponentially stronger after each reset, thus her final timeline self [after an unknown, but still immense amount of resets] should be far stronger than her fifth timeline self, who should be comparable to fourth timeline Kriemhild Gretchen) | Multiverse level+ (Completely reformed the multiverse, which is stated to be made of infinite universes, from destroying the concept of Witches in every universe, past and future. Ascended to a higher level of existence to become a conceptual entity as the Law of Cycles itself, which encompasses the multiverse as well as the nonexistent multiverse beyond it. Implied to be on par with Ultimate Kriemhild Gretchen)

Speed: Massively Hypersonic+ (Should be at least on par with her third timeline counterpart [Likely is her third timeline counterpart.], becomes faster as Doppel Kriemhild) | At least Massively Hypersonic+, likely higher (Far above all the other magical girls in the series. Madoka becomes faster after each reset) | Omnipresent (Exists as a concept throughout the entire Puella Magi multiverse. Can also manifest outside the timelines and in the nonexistent multiverse)

Durability: At most Island level, Moon level as Doppel Kriemhild. Higher for her Soul Gem (Soul Gems tend to be the most durable part of a magical girl, as their purpose is to provide a safe, compact 'body' for magical girls according to Kyubey) | Unknown | Multiverse level+ (Existing as an abstract concept makes killing her very difficult without a high level of Concept Manipulation)

Stamina: At least Superhuman (Rated as a 5.5 in stamina, making her immensely superior to Sayaka Miki) Transformation into a Doppel Witch resets the corruption on the Soul Gem, restoring their stamina | Practically limitless, due to being leagues above all the other magical girls | Likely limitless as a Goddess

Range: Several thousands of kilometers. The soul gem can only possess the magical girl's body up to 100 meters away. Interdimensional with Extrasensory Perception (All magical girls can detect witches location from outside of their barriers). Planetary once she becomes a Doppel Witch | Planetary, the manga incarnation has Multiversal+ range (Saved the magical girls of all timelines and worlds before transforming into Ultimate Madoka) | At least Multiversal+ (Able to affect both the infinite multiverse and the nonexistent multiverse where she constantly fights Ultimate Kriemhild Gretchen), seemingly Higher with Pink Kyubeys and Pink Feathers

Standard Equipment: A Staff that can behave as a bow, a badminton racket in her Haregi, and her soul gem

Intelligence: At least Average as a Magical Girl, possibly Above Average (Despite being looked upon as the most naive of the magical girls, she was smart enough to avoid making a wish and made a complex wish while understanding its complications), Doppel Witches generally have a mind of their own in addition to their 'Masters', however it is usually equal to their magical girl form albeit more violent and bordering on the morally gray | Omniscience within the World of Wraiths (Her omnipresence allows her to see all timelines past, present, and future as well as shown to have awareness of all timelines; she can even see timelines that no longer exist and have yet to come to pass; shown in Nagisa's Wish that Ultimate Madoka is also aware of the memories of all magical girls), Nigh-Omniscience otherwise (Still aware of everything mentioned beforehand, with the exception of the future of timelines such as the Magi-Reco universe and obsolete universes, such as where the Isolation Zone is)

Weaknesses: Destroying her Soul Gem would kill her immediately. As Doppel Kriemhild Gretchen, Madoka is actually asleep with the witch itself in full control | None notable

Goddess Madoka had the power that allowed her to rewrite the concepts in all universes. Rewriting concepts (even if it seems insignificant) affects all of space.

Then she (through some paradox) destroyed her own future dark form. After that there was a complete reset of the causality of the world (as if former concepts and all related events never existed). Madoka herself became a conceptual entity (which means that it will take at least same level of power to destroy or rewrite the concept of Madoka).

However, Homura was not happy with the current state of affairs. So she gained the godlike power to rewrite the concept of Madoka and reset the world once again.

The Madokaverse includes 4-dimensional space. In Puella Magi Homura Tamura it was revealed that there are infinite universes.