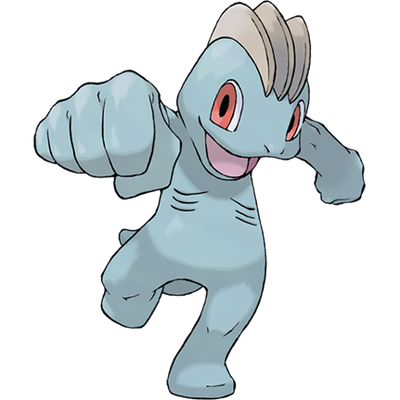 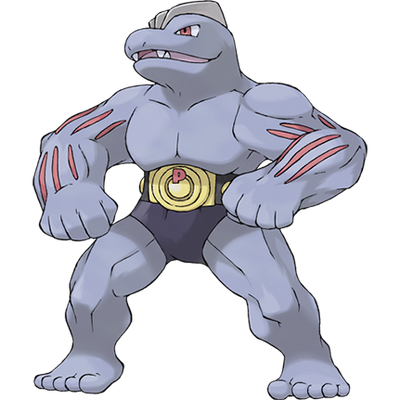 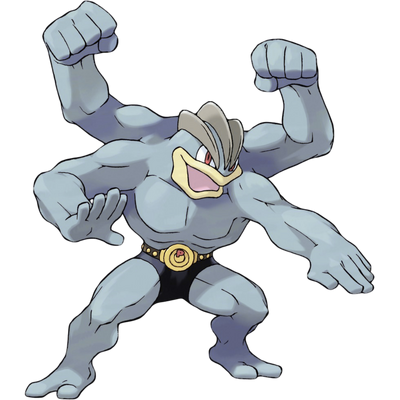 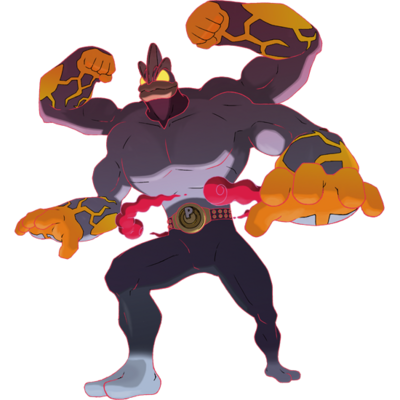 Machamp is a Fighting-type Pokémon. It is the final evolutionary stage of Machop, evolving from Machoke when traded. It is also one of few pokemon capable of Gigantamaxing.

Gender: Can be Male or Female (Mostly Male)

Attack Potency: Multi-City Block level+ (Comparable to Makuhita) | Large Town level (Via scaling to Dawn's Piplup, who is comparable to second-stage Pokémon) | At least Mountain level+ (Is capable of moving mountains with just one arm, stated to be capable of striking with megaton-level power. Scales to other Pokémon on its level such as Dugtrio) | Large Mountain level (Stronger than Pure/Huge Power Pokémon and Marowak holding a Thick Club)

Lifting Strength: Class 25 (Scaling above Mantyke, who lifts a large boulder. Capable of learning the move Strength, can lift Gravelers, which weight over 200 kg, like they are barbells, can throw 100 adults with ease, and can carry a sumo wrestler on its shoulders) | Class 50 (Can easily hold a sumo wrestler with one finger and a dump truck with one hand) | At least Class G (Capable of moving mountains with one arm) | At least Class G (Stronger than before, comparable to Gigantamax Sandaconda)

Stamina: High (A Machop's whole body is composed of muscles that are specially developed to never cramp or get sore no matter how much they are used in exercise. Machoke are described as never getting tired even when exerting its full strength for extended periods of time. Machamp can last for a great while and use many attacks without significantly letting up or resting)

Intelligence: High (Machop undergo extensive training and are capable of using every form of martial arts. Machamp has mastered all types of martial arts)

Weaknesses: Machamp has poor dexterity, and it is weak to Fairy, Flying, and Psychic type attacks | Gigantamax can only be used in areas with Dynamax energy (i.e. dens and stadiums), Destroying the forcefield damages the pokemon 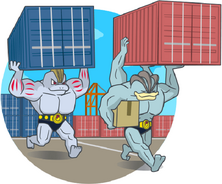 Four Arms (Ben 10) Four Arms' Profile (Machamp was used, both were bloodlusted, and speed was equalized)

Roronoa Zoro (One Piece) Zoro's Profile (Wano Zoro and Machamp were used, speed was equalized and they stared at 30m from each other)