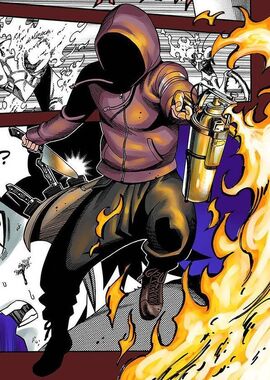 Ma-kun is a kid that has been surviving on his own in the city. He saves Akira, who had been separated from his group, from a group of giant mantises, but Akira quickly finds out Ma-kun is very mentally unstable and believes him to be his missing little sister.

Intelligence: Above average, mentally unstable, but he is capable of surviving alone in a city filled with killer plants and giant insects, put together a homemade flamethrower